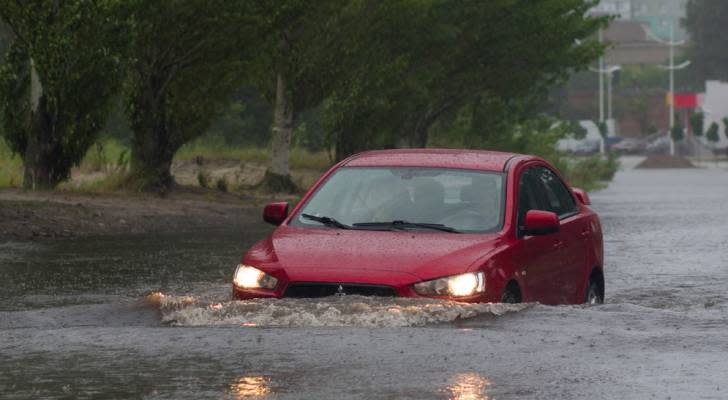 Thousands of “rotten inside” cars are about to hit the market. How to protect yourself from shady second-hand sellers

There are a few weeks left in this year’s hurricane season, but a secondary flood has already begun as thousands of storm-damaged cars are expected to hit the market.

In the aftermath of Hurricane Ian, CARFAX estimates that up to 358,000 vehicles could have been damaged by the storm. And many will return to the roads — sometimes with the new owner completely in the dark about the vehicle’s history.

“We’re seeing these flooded cars popping up all over the country, putting unsuspecting buyers at risk,” CARFAX spokeswoman Emilie Voss said. “Cosmetically, these cars may look great, but if you don’t know what to look for, it’s almost impossible to say they’re literally rotting from the inside.”

This means that for drivers looking to grab a bargain on a used car, this sweet new car could turn out to be a bittersweet lemon. Here’s how to avoid getting behind the wheel of one.

Thousands of cars damaged every year

When a vehicle has been badly damaged in a hurricane or flood, insurance companies often categorize the car as a total loss, give it a “salvage title” and sell it to a junkyard or a vehicle repairer.

A car with a salvage title cannot be driven on public roads in most states. However, rebuilders can repair cars and have the vehicle re-inspected to qualify for a rebuilt title. Then they can be legally driven and resold.

But sometimes owners don’t report the damage; maybe because they didn’t have the proper auto insurance coverage and couldn’t make a claim. Then the damage won’t show up on the vehicle’s title, and the owner can try to pass off their bric-a-brac to unsuspecting buyers.

Even if the damage is reported, less scrupulous dealers will resell repaired cars under a new title in states that have looser title laws.

Thousands of cars are damaged or destroyed by floods every year, according to Consumer Reports, and many are transported to different states to be resold to drivers who don’t recognize the signs of a water-damaged vehicle. .

Recently, Carfax estimated that in addition to the 358,000 vehicles damaged by Ian, more than 378,000 cars flooded were once again being used nationwide—Texas and Florida alone accounting for more than a quarter of them.

Flood signs to watch out for

A car once classified as a salvage vehicle will likely sell for a low price, but water can really destroy a car’s mechanical, electrical, and safety systems.

Even if the vehicle is roadworthy now, flood damage can take months or years to reach a car’s internal systems – and even then it can be hard for the untrained eye to spot. . And indoor contamination with bacteria and mold can create a dangerous environment for your family.

Consumer Reports says there are telltale signs that a car has been submerged in water. It offers you to inspect:

Do your due diligence

Since it may not be obvious that a car has been damaged by floodwaters, or sleazy sellers may have “washed” a title by performing undisclosed repairs, it’s up to buyers to protect themselves. .

Fortunately, there are a few resources to help uncover a car’s history.

The National Motor Vehicle Title Information System helps consumers check the background of cars. And the National Insurance Crime Bureau’s free service, VINCheckallows drivers to check if a car has been declared as an assistance vehicle by a participating insurance company.

But since some damage is never reported, these systems are not foolproof. A buyer’s best protection is to have a professional mechanic perform a detailed inspection of any suspect vehicle.

Instead of buying from a private seller, consider working with a trusted company that thoroughly inspects their cars so you can be sure you’re buying a safe used vehicle.

What to read next

This article provides information only and should not be construed as advice. It is provided without warranty of any kind.