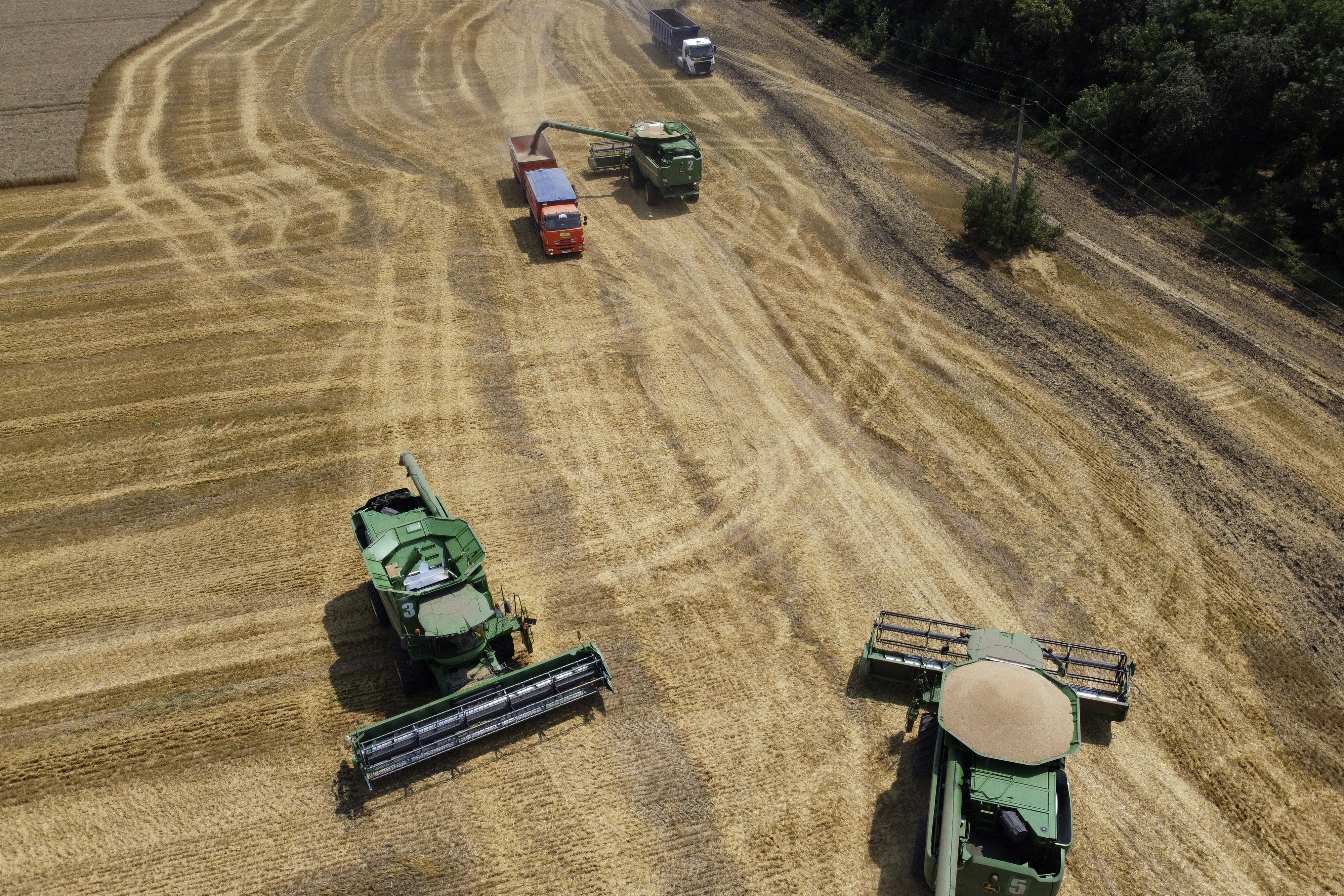 By Julia Horowitz, CNN Business (CNN) – Tore Holsether says the world is heading towards a food crisis that could affect millions of people.

Record natural gas prices have forced the company he runs, fertilizer producer Yara International, to reduce its production of ammonia and urea in Europe to 45% of its capacity. With less of these two essential agricultural ingredients, he expects knock-on effects for global food supply.

“It’s not about whether we’re going to have a food crisis. It’s the magnitude of this crisis,” Holsether told CNN Business.

Two weeks after Russia invaded Ukraine, prices for major agricultural products produced in the region soared. the the biggest problem is wheat, a pantry staple. Supplies from Russia and Ukraine, which together account for nearly 30% of global wheat trade, are now at risk. World wheat prices hit a record high earlier this week.

Another major problem is access to fertilizers. Essential for farmers to meet their crop production goals, it has never been more expensive as exports from Russia come to a halt. Production in Europe also plunged due to soaring prices for natural gas, a key ingredient in nitrogen-based fertilizers like urea.

The situation is ringing alarm bells for global health experts. The cost of corn, soybeans and vegetable oils also jumped.

The agriculture ministers of the G7 countries said on Friday that they “remain determined to do what is necessary to prevent and respond to a food crisis”.

But fearing shortages, countries are already turning inward, which could ultimately leave less food for those who need it.

Egypt has just banned the export of wheat, flour, lentils and beans amid growing concerns over food reserves in the Arab world’s most populous state. Indonesia also has tightening of export restrictions on palm oil, which is a component of cooking oil as well as cosmetics and some packaged goods such as chocolate. It is the world’s largest producer of the product.

The G7 ministers called on countries to “keep their food and agricultural markets open and guard against any unjustified restrictive measures on their exports”.

“Any further increases in food prices and volatility in international markets could threaten global food security and nutrition, especially among the most vulnerable living in low food secure environments,” they said in a statement.

Western countries with better access to agriculture will also be affected. Consumers there have already been stung by rising prices and the situation is about to deteriorate further.

Even before Russia launched a war in Ukraine, the global food system was under strain. Tangled supply chains and unpredictable weather – often the result of climate change – had already pushed food prices to their highest level in about a decade. Affordability has also been an issue after the pandemic left millions out of work.

The number of people on the brink of starvation has risen from 27 million in 2019 to 44 million, the United Nations World Food Program announced this month.

The conflict between Russia and Ukraine, both of which play a crucial role in the carefully calibrated system of global food production, threatens to aggravate the situation.

World wheat prices have fallen from record highs in recent days, but remain high. They should stay that way for some time, according to Carlos Mera, commodities analyst at Rabobank.

The wheat planting season, which is about to start in Ukraine, will be disrupted by the fighting. It’s unclear if there will be enough farmers to farm the land as people in the country take up arms – or if they will be able to access machinery and other essentials that would typically arrive through seaports Black.

“Anyone can guess whether Ukraine will be able to export anything for the rest of this year, or next year, or the foreseeable future,” Mera said. The country also accounts for half of all exports of sunflower oil.

Getting Russian products to the global market has also become more difficult, as companies don’t want to risk breaching sanctions or deal with the logistics of moving near a war zone.

Russia and Ukraine serve as breadbaskets for countries in the Middle East, South Asia and sub-Saharan Africa that depend on imports. Many will be hard hit.

“Any serious disruption to production and exports from these suppliers will undoubtedly drive up prices further and erode the food security of millions of people,” the Agricultural Market Information System said in a statement. recent report.

The cost of fertilizers is soaring

The beer crisis goes beyond wheat and oils. Russia, along with its ally Belarus, is also a major exporter of fertilizers needed to plant a wide range of crops. But right now, everyone is avoiding their stock.

“No one wants to touch a Russian product right now,” said Deepika Thapliyal, fertilizer expert at Independent Commodity Intelligence Services. “If you look at all the traders, all the buyers, they are very scared.”

The price of natural gas exacerbates the problem. Fertilizer producers outside Russia and Belarus need the gas to make nitrogen-based products like urea, which is used when sowing crops to increase yield and even promote their dark green color.

But Holsether, the CEO of Yara, said costs had become too high to maintain large-scale operations. He does not know when European production will be at full capacity again.

“Much of the industry is at risk of not being able to get produce to farmers, and that will impact crop yields quite quickly,” he said.

Farmers are currently incentivized to pay for what they need to get fertilizer, as prices for their produce are also rising. However, not everyone has this option. Urea is trading at nearly $1,000 per metric ton, about four times the price at the start of 2021, according to Chris Lawson, fertilizer manager at CRU Group, a market intelligence firm.

Countries without domestic fertilizer production may also struggle to access it, with huge consequences for the global food system.

“You can’t grow huge fields of wheat or barley or soybeans without fertilizer,” said Johanna Mendelson Forman, a professor at the American University who specializes in warfare and food. Farmers in Mexico, Colombia and Brazil are already worried about shortages, she added.

G7 agriculture ministers said on Friday that their countries would leverage humanitarian aid where they can to mitigate the fallout from war. But they can also be crippled by a shortage of supply and rising prices.

“If Ukrainian fields lie fallow this year, aid agencies such as ours will be forced to find new markets to compensate for the loss of some of the best wheat in the world,” said David Beasley, executive director of the Food Program worldwide, in an op. -ed published in the Washington Post this week. “It will have a significantly inflated cost.”

Beasley noted that Ukrainian wheat has also been essential in feeding people in other countries facing conflict, including Afghanistan, Sudan and Yemen.

“The vast majority of wheat is used for human consumption, and that’s irreplaceable,” Rabobank’s Mera said.

Yet even developed countries will feel the effects of a food crisis. Food affordability is an issue for low-income shoppers around the world, Mendelson Forman pointed out.

“We are used to a global trading system to get all kinds of varieties of food,” she said. “People will see it in their wallets and they’ll see it in grocery stores.”