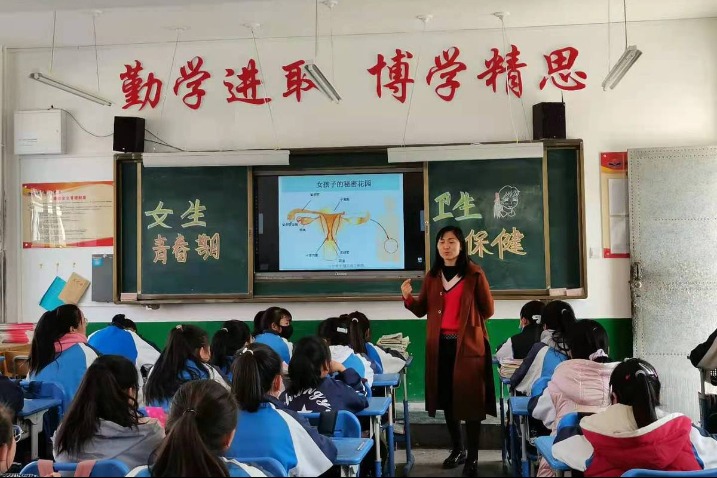 Textbooks to include sex education

Ministry of Education to improve safety and health education in schools

Sexual health education and prevention of sexual harassment should be included in textbooks for primary and secondary school students, the education ministry said.

As part of safety and health education, which should be included in textbooks used by students, the ministry said elementary students should learn concepts such as puberty, gender and characteristics. primary sexual characteristics present at birth and secondary characteristics that develop later. .

They need to know the characteristics of sexual harassment and sexual assault on young children and know how to protect themselves and seek help from others, the ministry said in a directive released Monday.

Middle school students need to learn to understand and accept the changes their bodies go through during puberty, and learn about safe sex, the risks of unprotected sex, and effective birth control methods.

They must be able to identify sexual harassment and sexual assault, know what factors around them could lead to such incidents and improve their ability to prevent them.

High school students should be familiar with the laws and regulations about marriage and having children, and know the basics of dealing with relationship issues.

They must master the skills of preventing sexual harassment and assault and be able to call the police safely in the event of sexual assault.

Ruan Qilin, professor of criminal law at the Chinese University of Political Science and Law, said schools should provide young students with sex education because they are exposed to online sexual scenes and information from a young age. age.

Many Chinese parents tend to be conservative and don’t want to talk about sex with their kids, so it’s even more important that schools offer age-appropriate counseling, he said.

A March study by the Girls’ Protection Fund of the China Children’s Culture and Arts Foundation found that 332 cases of sexual assault against children were reported by the media last year, the most young victim aged 1 year.

The study found that 74 percent of cases were perpetrated by people the children knew, with teachers and school teachers accounting for 30 percent and relatives 20 percent.

Any teacher caught abusing, molesting or sexually harassing students will be banned from teaching at any school, the ministry said in 2018.

Their teaching degrees, academic titles and honors will also be revoked, and their information will be recorded in the national teacher information system and no school will be allowed to hire them again, he said.

The Supreme People’s Court said in 2019 that criminals who commit sexual assault on children that are “extremely despicable in nature” and result in “extremely serious consequences” would be sentenced to death without mercy.

Courts across the country concluded 4,159 cases involving sexual offenses against children from January to November 2019, the highest court said.

In July 2019, the Linyi Intermediate People’s Court in Shandong Province executed He Long, a criminal who raped girls under the age of 14 and forced them into prostitution.