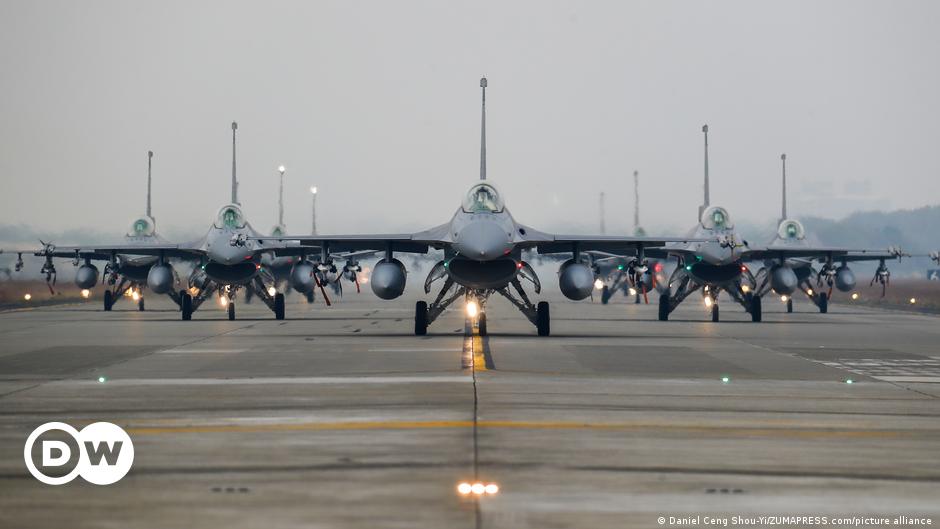 Taiwan is due to hold several military drills in the coming weeks as the self-governing island’s leaders grow increasingly concerned about an emboldened China following Russia’s invasion of Ukraine.

During a speech last Saturday, Taiwanese President Tsai Ing-wen said: “The recent situation in Ukraine proves once again that the protection of the country, in addition to international solidarity and assistance, depends on unity of the people”.

Beijing has long claimed sovereignty over the democratic island and has vowed to one day “reunite” Taiwan with the mainland using force if necessary. Since Russia’s invasion of Ukraine, Taiwan has been on high alert.

Taiwan is taking steps to test and strengthen the combat readiness of its troops. On Monday, about 400 military reservists were introduced to a new, more intensive training program. It will be longer and have more live-fire exercises to ensure reservists have basic combat skills.

The program will run over the first three quarters of 2022 and some 15,000 reservists from 24 battalions will be involved. However, the training intensification does not mean that Taiwan is making noise.

Last week, Taiwan Defense Minister Chiu Kuo-cheng said a conflict with China would be a disaster for all parties, regardless of the outcome. “Nobody wants war,” he said. “It really needs to be thought out carefully. If you really went to war, it would be disastrous for everyone.”

“What Taiwan is doing with the reservists is long overdue,” said Bonnie Glaser, Asia program director at the German Marshall Fund.

“I don’t know how long it will take to roll out this pilot program to all of the reserves and get everyone to this level. I think it’s important that they do that.”

Besides the new training program for its reserve forces, the Taiwanese air force and navy have also been conducting a series of military drills since last week.

Su Tzu-yun, an associate researcher with the National Defense and Security Research Institute (INDSR) in Taiwan, said the drills are a test of the defense capabilities of the navy and air force in the Taiwan Strait.

The Taiwanese military is also expected to conduct live-fire drills in Hsinchu County as well as several offshore islands. Defense officials in Taiwan stressed last week that these drills were scheduled before the war in Ukraine and had nothing to do with the ongoing conflict.

U.S. defense officials have also urged Taiwan to bolster its asymmetric capabilities, which expand conventional forces in areas such as cyber warfare and use smaller means of force projection against a larger, better-equipped enemy.

During a Senate hearing last Thursday, Mara Karlin, assistant secretary of defense for strategy, plans, and capabilities, said the situation in Ukraine provides an example for Taiwan to understand why building up its capabilities is crucial. asymmetrical.

“I think the situation we’re seeing in Ukraine right now is a very interesting case study for them of why Taiwan needs to do everything possible to develop asymmetric capabilities, to prepare its people so they can be as thorny as possible should China choose to violate its sovereignty,” she said.

According to Glaser, asymmetric defense often means acquiring a large number of small and inexpensive capabilities that make it harder, for example, for an invader to land on a beach and advance inland.

“You have to think about weapons like coastal defense cruise missiles, short-range mobile air defenses, smart naval mines or drones,” she told DW.

Su from the INDSR in Taipei said Taiwan should continue to build its asymmetric capabilities by investing in sea mines or coastal anti-ship missiles.

According to Su, based on data he has collected, 16 of the 18 weapons sold by the United States to Taiwan since 2017 are used for “asymmetric force”.

Ian Easton, senior director of the Project 2049 Institute, a think tank in Washington, said the best asymmetric advantage Taiwan could have is a defensive alliance with the United States.

“Absent that, Taiwan will have to build a credible second-strike capability to ensure it doesn’t share Ukraine’s grim fate,” he told DW.

Easton added that after decades of personnel cuts, the Taiwanese military is now understaffed and needs updated and intensified training.

“Although these kinds of reforms have not been politically expedient, public opinion in Taiwan is likely to change as a result of the war in Ukraine,” he told DW.

“The Russian invasion of Ukraine has strengthened our resolve to defend Taiwan, but we are far from ready,” said Chiu Hsien-chih, a lawmaker with Taiwan’s progressive and pro-independence New Power Party.

Taiwan began transitioning to a voluntary military system in 2018. However, all eligible male citizens must still participate in four months of military training. Since war broke out in Ukraine, a debate over whether to restore one year of military service has been reignited.

He added that the military’s combat capability was the same as when Taiwan still imposed one year of compulsory military service.

“While the four-month training in Taiwan may be sufficient, further training can ensure that male citizens become mature ‘citizen-soldiers’ who will have the ability to fight.”

However, Easton thinks the more pressing question for Taiwan is whether it can develop a national security strategy and a credible level of deterrence.

“Given its diplomatic isolation, Taiwan must shoulder the burden of its own national survival in the face of an extraordinary threat,” he said.

“A key issue is early warning of a Chinese attack to ensure the survival of the Taiwanese president and other senior officials. Another key issue is improving communication networks, so that they can operate in an environment wartime,” he added.

COVID-19 Pandemic Produces Higher Cases of Depression and Anxiety – The