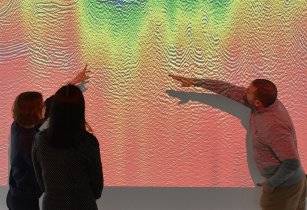 Together with STRYDE Nodes, the company works with customers around the world to explore new potential below the surface at an unmatched price and in faster time frames.

With STRYDE Node, operators can deploy more seismic receivers in the field, without incurring additional cost or time, resulting in a denser data set, despite the many structural and environmental challenges the team faced. acquisition was confronted on the ground. The dense dataset will now be conditioned and refined by high quality images of the basement by STRYDE processors, combined with a high performance computing center (CHPC)able to handle and process extremely dense seismic datasets in a reduced time, thus offering the operator increased savings in time and money.

STRYDE processing manager and land seismic expert, Amine Ourabah said, “We are excited to provide businesses with the means to fully understand the underground much faster than ever before. With our new expedited service, companies can make better, more informed decisions at a much earlier stage than before, with quality seismic data acquired at a much lower cost.