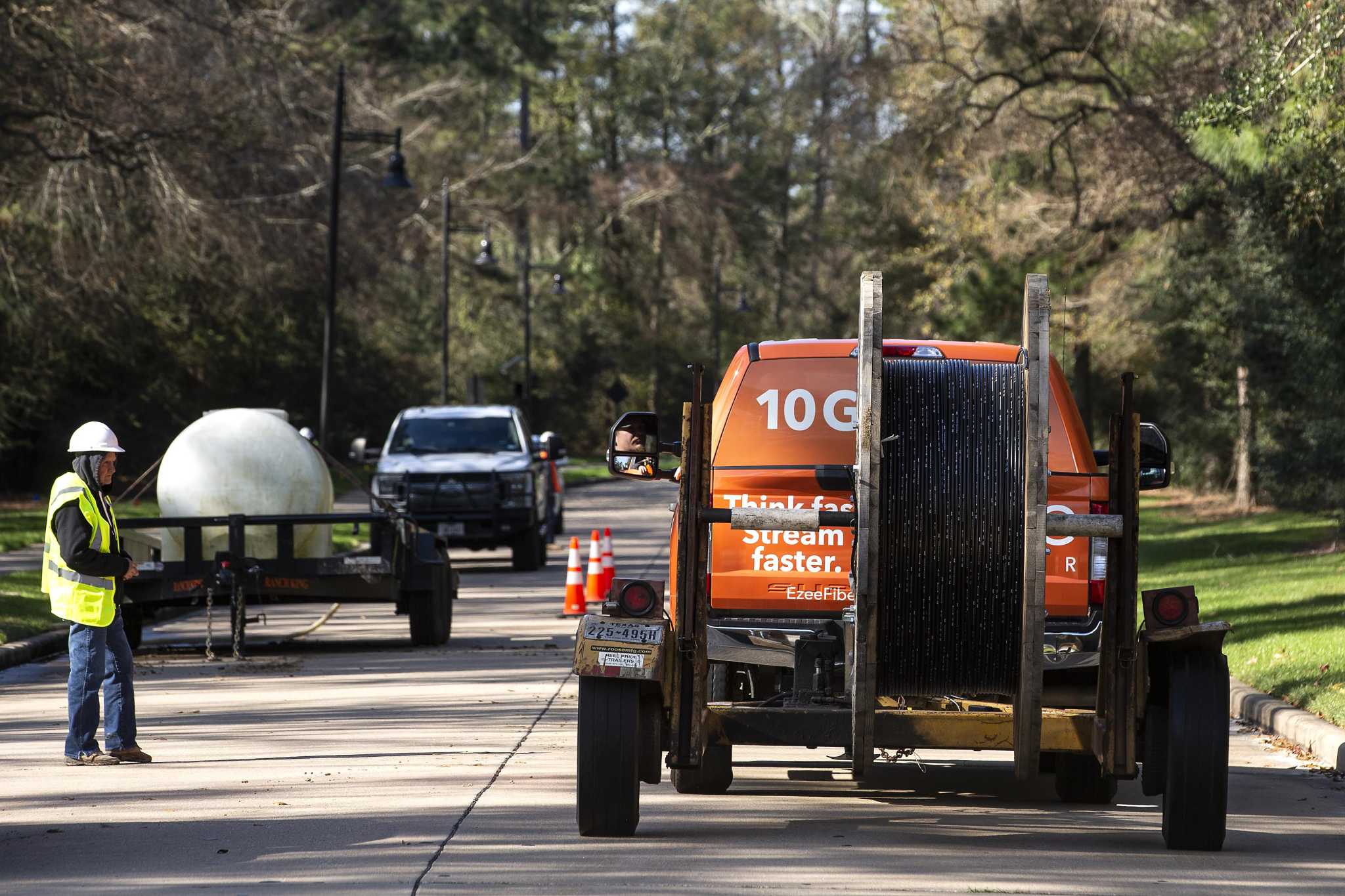 Is there a place for a small, local business in a broadband internet market dominated by telecom giants like AT&T, Verizon and Comcast?

“We’re just providing a different level of service than other incumbents like AT&T or Comcast,” CEO Scott Widham said. “Because of this, we can punch above our weight.”

Widham, a 40-year veteran of the telecommunications industry, founded Ezee Fiber with $550 million in funding from I Squared Capital, a Miami-based private equity firm with $13 billion in assets under management. With investor backing, Widham bought ICTX WaveMedia, which over the past three decades had built an extensive fiber network, largely to connect government agencies, schools and hospitals to each other.

The network runs through downtown Houston as well as the Texas Medical Center.

The ICTX system was designed as a so-called dark fiber network, meaning the company was not providing Internet services itself, but rather was selling capacity to customers who wanted to create private networks to connect dispersed facilities. Dark fiber customers, however, use only a small fraction of fiber trunk capacity, providing Ezee Fiber with the ability to sell high-speed Internet services to households and businesses.

Ezee Fiber, which operates in Harris, Montgomery, Brazoria, Fort Bend, Waller, Liberty and Polk counties, aims to attract 15,000 customers by the end of 2022. Matt Asmus, president and chief operating officer of Ezee Fiber, estimates that the company will generate between $10 million and $20 million in revenue this year, and double that in 2022.

“We’re on a pretty significant growth trajectory,” he said.

The fiber optic industry is growing rapidly across the globe as global internet usage continues to expand. Analysis by Canadian consultancy Emergen Research predicted that the global fiber optic market would grow at a compound annual growth rate of nearly 10%, doubling to $9.5 billion in 2028 from $4.5 billion. dollars in 2020.

In the United States, bipartisan legislation passed by Congress in response to the economic disruption caused by the pandemic is providing nearly $28 billion to expand broadband networks and access. COVID-19 boosted much of the online economy as businesses relied on a remote workforce and consumers accelerated their shift to e-commerce, underscoring the importance of broadband connections and high-speed Internet in the 21st century society.

According to the Brookings Institution, a Washington think tank, stimulus packages and other laws approved by Congress have earmarked billions of dollars for broadband expansion programs. Experts predict that due to their superior speed, reliability and transmission capacity, fiber optic lines will replace conventional coaxial cables in the construction of new communication networks.

Fiber optic lines are created by bundling strands of hair-like glass fibers. Data is transmitted via flashes of light rather than electronic pulses over coaxial cables. This technology uses the different colors of light on the spectrum to simultaneously transmit data packets along the same fiber strand, a process called dense wave division multiplexing, which allows massive volumes of data to be transmitted.

The data transmission rate of fiber optics is 1,000 times that of cable, said Ali Golbazi, chair of the Department of Electrical and Computer Engineering at the University of New Haven. Optical fiber can be stretched hundreds of miles farther than copper wire and is much more durable, he added, making it almost certain that data transmission networks built in the future will rely on the optical fiber.

“It’s inevitable,” Golbazi said. “No one will put a backbone of communications systems on a cable.”

In its residential business, the company will focus on marketing services to existing homes as well as extending its network and services to new developments. The company plans to expand its fiber optic network to 12,000 homes across its seven-county coverage area this year.

On HoustonChronicle.com: The digital divide is causing major economic problems for rural Texas. And now?

The 10 GB service tier is intended for high-use customers who need to transmit large data files, such as videos. The service is provided without data caps, contracts or hidden fees.

“Our value proposition is that it’s easy to do business with us. Let’s say you buy our service, call us and say your service is down,” Widham said. “If we can’t diagnose it over the phone, we run a truck.”

Ezee Fiber is small enough to provide direct person-to-person service to customers, Asmus said. The website even lists his phone number and email address for customers who want to speak directly to the president of the company.

“There are no automated attendants,” Asmus said. “We’re never going to ask a customer to squeeze one for this or two for that. Our services are here in the greater Houston area. This is where our call center is located. Our technical support is there too.

Mark Lutkowitz, a data communications analyst firm fibeReality, a consulting firm in McLean, Va., said the market for fiber optic networks is so large that small companies like Ezee Fiber can carve out a niche for themselves even if they compete with the telecommunications and cable giants. .

“There is room for small businesses, although it is certainly not without risk,” he said. “There are maybe hundreds of these types of businesses across the country.”

The Houston area and Texas in general could prove fertile ground for small fiber companies, as large telecommunications companies have largely focused on building fiber networks in densely populated cities in the Northeast. In Texas, however, major cities are spread across the state, creating opportunities for regional fiber networks.

Additionally, the number of businesses locating in Texas is growing dramatically as businesses seek lower taxes and business-friendly climates, Lutkowitz said, adding to the demand for high-speed internet access. Recent transplants include electric car maker, Tesla, which moved its headquarters to Austin from Silicon Valley.

Texas Inc.: Get the best business news straight to your inbox

Given that Ezee Fiber has a customer base of government, educational, and medical entities, Lutkowitz said “the (corporate) marketplace would be the next logical step for them.”

Widham said Ezee Fiber is poised to capitalize on this growth. The Houston area, he said, provides a market for businesses and people to move to, providing opportunities to expand Ezee Fiber’s network and services.

“If Houston were a state, it would be the 18th largest state,” Widham said. “We look forward to investing lots of money in Houston, creating lots of jobs and growing our business.”