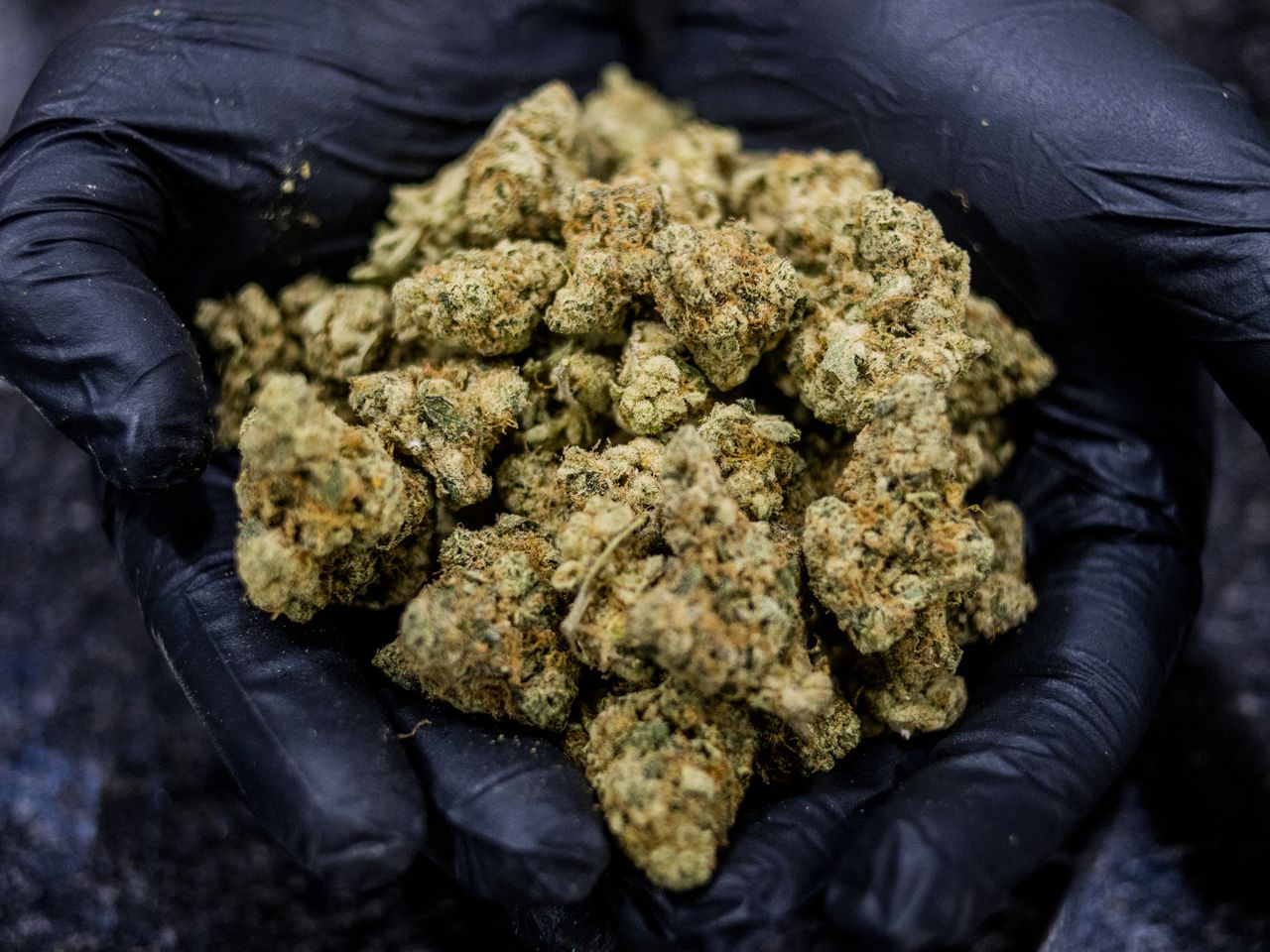 Race to the bottom? Michigan’s plummeting marijuana prices are good for buyers, bad for business

The continued free fall in retail marijuana prices in Michigan is great for customers, but difficult for businesses.

Profit margins appear to be tightening even further, at least in the short term, as a surplus of newly harvested marijuana enters both legal and illicit markets during what is known in the marijuana industry as “croptober.” , harvest time for outdoor farms. Croptober triggered a $30 month-over-month drop in the price per ounce in 2020 and $13 in 2021.

In an economy that is experiencing significant inflation—grocery prices have risen 13% over the past year—marijuana is an anomaly.

Marijuana insiders point to the growing glut of marijuana produced by licensed businesses at nearly 1.5 million plants at one point in a state where only about 200 of 1,773 communities have chosen to allow recreational sales.

“That’s what’s causing the race to the bottom,” said Harry Barash, who runs the 8,000-member Michigan Cannabiz Professionals Facebook page and works as a cannabis industry specialist for the NAI Farbman-based real estate firm. at Southfield. “If you can’t get your price per pound down to an economically feasible number, you better have a much better quality product so you can compete.”

He believes Michigan’s marijuana industry is moving toward beer and spirits, where customers are offered low-cost products made by huge, deep-pocketed manufacturers, as well as “high-end” specialty liquors. » bottled in lower quantities at higher prices.

According to the latest data provided by the Michigan Cannabis Regulatory Agency (CRA) in September, the average retail price for an ounce of marijuana — enough to pack a pipe 56 times — was around $110.

Browse the shelves or online menus of most dispensaries and it’s not uncommon to find even lower prices. Ounces of marijuana with names like Vanilla Gorilla, Cheesequake, and many other very potent strains approaching 20% ​​THC can be had for $100, sometimes less.

As prices fall, total sales continue to rise. The state announced a record $195 million in recreational sales in September, a pace that, if sustained, will approach $2.5 billion over the next year, including marijuana sales at medical purposes.

How low will the prices go?

“The benchmark for many indoor grows is to produce flowers for around $500 a pound,” Barash said. “So there’s really a lot of room for a producer to make money.”

Barash said lower prices make growing marijuana less attractive, which ultimately results in less production and price stabilization, as seen in other states, like Washington and Oregon, with older markets.

“Based on today’s cost of entry, it takes a lot longer to recover your investment, which really makes it a less successful business model,” Barash said. “Washington and Oregon have kind of bottomed out already and they’re on the rise.

“These markets are much more stable now. We are a little behind them. It will get worse, then it will probably improve a bit and stabilize.

Despite the decline in business revenue, there has been no increase in the number of businesses exiting the market.

One of the casualties is Grand Rapids-based Terrapin, a growing and processing operation that opened a 35,000 square foot facility in 2020 and was eventually licensed to grow up to 10,000 plants. In July this year, the Detroit Free Press reported that the company was operating with a reduced team after laying off nearly 42% of its staff. The company is now closed and the licenses cancelled.

Lume, which operates a growing and one of the state’s largest retail chains, closed four stores in July but said plans to open outlets in three new cities were still on the table. the right path.

Barry Goodman, the owner of Freddie’s, a company with a retail location, seven-acre growing and processing facility in Clio, thinks the market is bottoming out.

Right now, he said, growers are constantly lowering their prices to be competitive. There are too many producers and not enough retailers to sell it, he said. But that could soon change.

“Detroit, for example, is going to go for 60 recreational licenses,” said Goodman, who also owns Southfield-based law firm Goodman Acker. “It will take some of the surplus that reduces the price.

“And then other cities in the state will enter the market. They see it’s actually a boon because there’s more money for public safety, there’s very little crime, and the curb appeal is high end. They look like Starbucks, jewelry stores, that sort of thing.

Detroit’s plan to allow recreational sales has been upheld in court since 2020 after multiple lawsuits accused the program of unfairly giving preferential treatment to longtime Detroit residents. The city now plans to begin issuing retail marijuana licenses in 2023.

Beyond visible market forces, there is an unlicensed marijuana market that puts pressure on prices through competition that is almost impossible to quantify. A study published by the Anderson Economic Group in 2021 estimated that only a third of all marijuana purchases are made through licensed commercial sales.

“There are so many outdoor grows done illegally by a million different people,” Goodman said. “I think law enforcement would help with this problem, but they don’t seem to be involved in the illegal growth.”

There are, however, indications that law enforcement and regulators are stepping up their efforts to eradicate black market marijuana from illicit and licensed markets.

This month, the CRA fined and suspended a Detroit medical marijuana retailer after an inspector in May 2021 observed backpacks and duffel bags filled with unlabeled marijuana in the store; and state police raided a cannabis farm and CBD store in Grand Traverse County, suspected they were operating as an unlicensed marijuana business.

Many industry insiders called for greater enforcement at the ARC’s quarterly meeting in September.

At this meeting, Allison Arnold of Cannabis Attorneys of Michigan stated that there were not enough licensed growers in the market to supply the amount of marijuana distillate available on the shelves, indicating that some comes from black market sources.

“Illicit sales continue to be the primary means for Michigan residents to obtain their cannabis” and “there are also a growing number of licensed cannabis operators supplying illicit or untested products,” Shelly Edgerton said in a released statement. by the MCMA following the quarterly meeting. “We can help address these two pressing issues by cracking down on the illicit market and strengthening law enforcement across the state.”

Despite the problems, Barash said the industry is “not going anywhere”.

“The Michigan market is likely to mature to a $3 billion industry, ARC tells us, but it’s definitely going to go through a lot of corrections and adjustments,” he said. “People are going to have to keep scaling, pivoting and being creative to be effective, because we all know profit margins aren’t what they used to be.”

Marijuana is legal in Michigan, but mothers may face CPS investigation if they use it