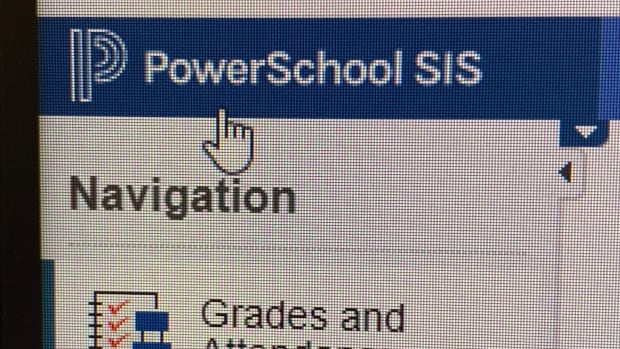 The PEI Teachers’ Federation says a new software system in schools means a lot more work for teachers and administrators.

Schools on the island are using a new system called PowerSchool, which tracks student attendance and grades and addresses other school management needs.

Aldene Smallman, president of PEITF, said the “massive new system” has issues that need to be addressed, and that means a greater workload for people working in schools.

“We have heard absolutely concerns and problems,” Smallman said.

Smallman said teachers also hear from parents or guardians who are frustrated because they cannot access the system to view student information.

“Parents are trying to navigate this new system and are looking for information that can be frustrating for teachers,” she said.

The Public Schools Authority said the system is not yet fully operational in many schools, but expects more schools to operate the full system in the coming weeks and months.

“It definitely added a lot of extra pressure,” Smallman said.

Public Schools Branch director Norbert Carpenter said the old systems had been around for more than a decade and an upgrade was needed.

When you’re still doing your daily chores and it’s an add-on, it’s going to take a while.– Norbert Charpentier

“It really collects all the demographics of all of our students across the province in the Public Schools Branch,” Carpenter said, adding that it is a “large and robust system”.

He said that although it is not yet fully functional, it will eventually improve communication.

“We are getting closer to that in the next few weeks,” Carpenter said.

“What we are used to seeing, parents and guardians will see.”

Carpenter said he understands the extra work that staff face is important and recognizes it adds to the workload.

I really appreciate what I have at my fingertips.– Heather Mullen

“Teaching right now is difficult,” he said. “When you’re still doing your daily chores and it’s an add-on, it’s going to take a while. ”

He said there are training opportunities for staff.

Software used by other schools

PowerSchool is used by other schools across Canada, including Nova Scotia.

PEI Home and School Federation President Heather Mullen has a child in one of the high schools with the fully operational PowerSchool system. She said it was a good system and she thinks the phone app will be popular with parents.

Human resources are lacking for a launch of this nature.– Aldène Smallman

“I am fortunate to be in one of the pilot schools,” said Mullen. “I really appreciate what I have at my fingertips.”

Mullen said most of the island’s students and their caregivers have not yet had access.

“I think it’s an important system to have,” she said. “I understand that parents fail to obtain this information regularly”

Smallman said she knew the consultants were working hard to get the program off the ground, but that it had a big learning curve, especially with the simultaneous deployment and training.

Smallman points out that schools already dealing with additional COVID-19 claims now also have a major technological change on top of that.

“Human resources are lacking for a launch of this nature,” she said.

She said PowerSchool should have been rolled out more gradually, as schools can still use the old system as they receive training on the new one.