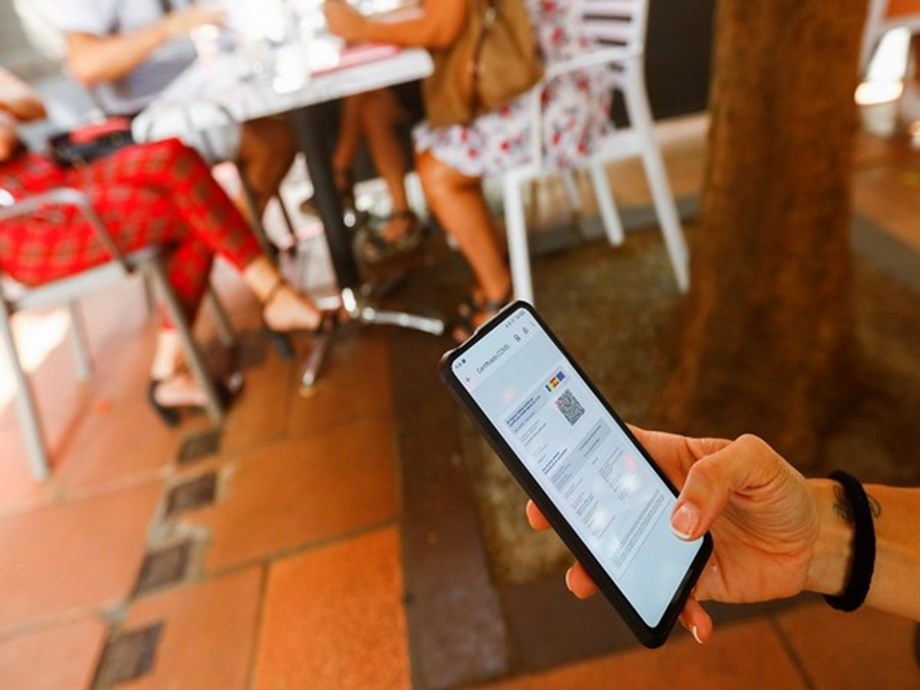 Sofia [Bulgaria], October 31 (ANI / Novinite): The total number of COVID certificates uploaded through the National Health Information System has exceeded 2 million. In the past 10 days alone, when the new anti-epidemic measures were introduced, consumers have downloaded a total of over 1.05 million documents, or 55% of the total number of certificates. The certificate generation system was put into service on June 1, 2021. As of October 25, 2021, nearly 263,000 downloads were recorded during the day, which is a record for the period. On the same day, the system recorded another record achievement – nearly 27,000 downloads in 60 minutes.

During peak hours, users download an average of 500 documents per minute, or nearly nine certificates per second. The data was officially presented by the executive director of information services AD Ivaylo Filipov to the Minister of Transport, Information Technology and Communications Hristo Alexiev. “The certificate generation system built by Information Services AD has helped the Bulgarian economy to continue to function normally under conditions of reinforced anti-epidemic measures”, declared Ivaylo Filipov.

According to him, more than 30% of Bulgarian citizens already own and actually use the COVID certificate, which gives them access to public places where restrictive measures have been imposed. According to the Minister of Transport, Information Technology and Communications Hristo Alexiev, nearly 50,000 people employed in schools and kindergartens already have the document, which allows them to perform their duties in the face of challenges. strict anti-epidemic measures.

“We are proud that Bulgaria was among the first seven countries to start issuing the document, 30 days before European Regulation (EU) 2021/953 became mandatory for all EU countries and among the 4 first countries to have started the validation of the COVID electronic certificate, “said Minister Hristo Alexiev. So far, the system has generated a total of 3,563 million certificates. Of these, about 1.5 million are documents for a completed vaccination cycle, and nearly 17,000 are documents for a booster dose.

It can be used to verify and scan visitor certificates in restaurants, halls, cinemas, theaters, sporting events and more. So far, the Bulgarian validator has been downloaded over 100,000 times from the Google Play Store. (ANI / Novinite)

(This story was not edited by Devdiscourse staff and is auto-generated from a syndicated feed.)