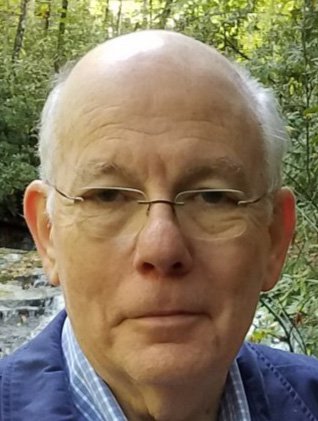 By Jeffrey S. Ellis On Nov 17, 2021
Share
Dr. Steven F. Miller of Statesboro, Georgia passed away suddenly on Tuesday, November 16 at East Georgia Regional Medical Center. He was 77 years old.
He is survived by his beloved wife of 48 years, Julianne Temples Miller of Statesboro; and a beloved sister, Wendy Miller of Winter Haven.
A longtime resident of Keystone Heights, Florida, Dr Miller moved to Statesboro full-time after retiring from the Bradford County school system as director of information services. He also served as an assistant assistant in Alachua County for over 40 years.
Steve was born in Cambridge, Massachusetts, which guarantees that he will be a Red Sox fan forever. He moved with his family, father Max and mother, Thelma, to the Palm Beach area, where he graduated from Palm Beach Gardens High School, where he was active in sports.
He received a Business Administration degree from the University of Florida in 1967 and a Masters in Education in 1974. He then obtained his PhD. in mathematics.
Steve worked in education throughout his career starting in 1967, first as a teacher in Bradford County, then headed Information Services for the entire County of St. Johns, Clay County, and then Bradford County again.
He fondly remembers the thousands of students he influenced and inspired over the years and his colleagues who knew he was a strong leader, but still a gentleman.
Steve had many interests. He never stopped serving the community and loved being the Auxiliary Sheriff’s Assistant for decades. It has kept its policing standards up to date, even until this year in Alachua County.
He has always loved traveling and after his retirement he and his wife, Julie, enjoyed the trip of a lifetime to Paris in 2019.
Above all, Steve loved the world and dreamed of peace.
Particularly loved friends are Bruce Donley, Kathy and George Shriver, Bonnie D. Jaeger, Magina Bullock, Ken Southwell and Patrick Crawford.
The funeral service and interment will be held at the Eastside Cemetery on Friday, November 19 at 2 p.m. with Rabbi Robert Haaf as officiant.
The family will receive visitors from 4 p.m. to 6 p.m. Friday at the home, located at 1201 Shasta Court, Statesboro, GA 30458.
In lieu of flowers, the family is asking for a donation to be made to Bradford Education Foundation, 501 West Washington Street, Starke, FL 32091, Attn: Lila Sellars, marked Donations for School, Mathematics Department.
Friends can sign the register online at www.joineranderson.com.
Joiner-Anderson Funeral Home & Crematory of Statesboro is in charge of the arrangements.