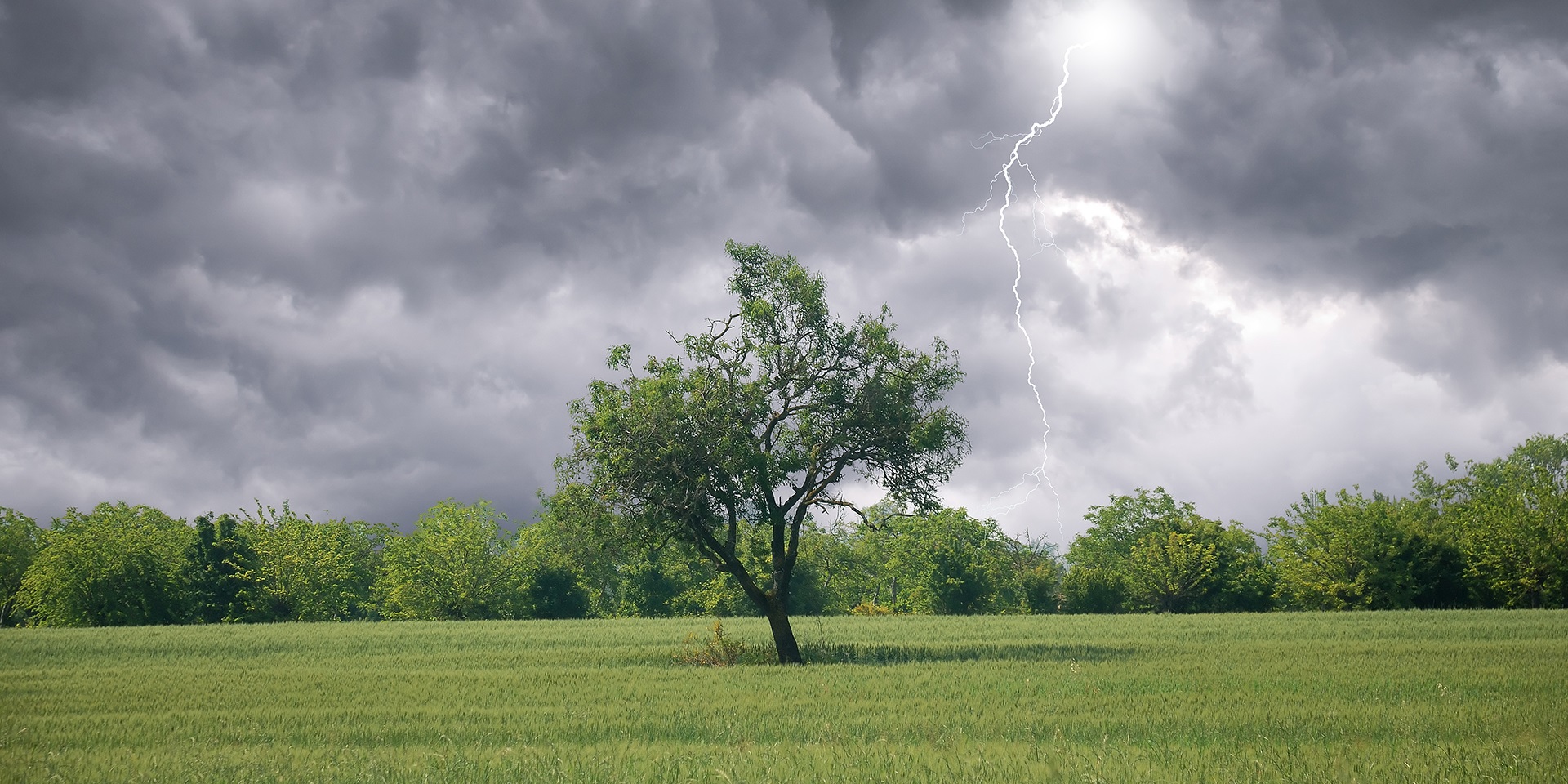 Another national severe weather warning was issued for Sunday.

The yellow thunderstorm warning covers much of England and Wales and runs from midnight Sunday to 6pm Sunday afternoon.

Areas of heavy rain and thunderstorms are breaking out over parts of England and Wales in the early hours of Sunday, moving into the UK from the near-continent. areas of rain and thunderstorms should be more extensive than those of Friday evening and the beginning of Saturday and, therefore, affect more localities.

“A few places could see 15-20mm of rain in an hour, with a small chance of 50mm in an hour, most likely over parts of the Midlands, South East England and East Anglia while the risk of thunderstorms over the northern part of the warning is smaller.Then on Sunday afternoon further showers, some heavy and thundery, are likely over the southern third of the UK. “Warning in the north of England and Scotland conditions will be much more stable. If you are planning any outdoor events for Sunday, please keep a regular eye on the forecast for your area for any updates.

An existing thunderstorm warning which was issued yesterday for the south of England has now been reduced to cover only parts of south west England and expires at 1pm on Saturday afternoon.

As heavy showers dissipate elsewhere on Saturday, bright or sunny spells will develop for some, but parts of the Midlands and some North Sea coastal areas will tend to remain cloudier. The best weather will be in the north of the UK where there will be more sunshine, temperatures could reach up to 24°C in the northwest of Scotland.

Until Sunday, away from the thunderstorms, it will be cloudier and cooler than the past few days for many with temperatures in the mid to high teens. Only Scotland will retain sunnier conditions where, after a cold start, temperatures could still reach 21C in the North West.

As we enter a new week the weather remains unsettled with the continued risk of rain and showers coming in from the west, although there are occasional sunny spells with the north west of Scotland continuing to see the best time.

As the Jubilee weekend continues, the roads remain busy, RAC Traffic Spokesman Rod Dennis said: “Having public holidays coincide with the end of mid-term in many places has the potential to put additional strain on the road network, so it is important to carefully plan a journey to avoid the worst queues.

“The best way for drivers to avoid breaking down this week is to check their vehicles before setting off – yet our research shows that less than a fifth do this regularly. Ensuring oil, fluid coolant and windshield washer are all at the correct level only takes a few minutes, as does making sure the tires are undamaged and inflated properly A little TLC now could be the difference between a simple trip and a trip plagued by a breakdown.

Gabbi Batchelor, Head of Water Safety Education at the RNLI, said: “We expect the Platinum Jubilee Bank Holiday weekend and the half term holidays to be incredibly busy on the coast. We want everyone to enjoy their trip, but we also want to make sure people stay safe and know what to do in an emergency.

“If you get into trouble in the water, float to live: Lean back, using your arms and legs to stay afloat. Control your breathing, then call for help or swim to safety. In the event of a coastal emergency, call 999 or 112 for the Coast Guard.

You can check the latest forecasts on ourwebsiteby following us on Twitter and Facebookas well as on ourmobile appwhich is available for iPhone fromApp storeand for Android fromGoogle Play Store. Keep track of current weather warnings on theweather alert page.

Tihar Gangs turns prison into a haven for criminals