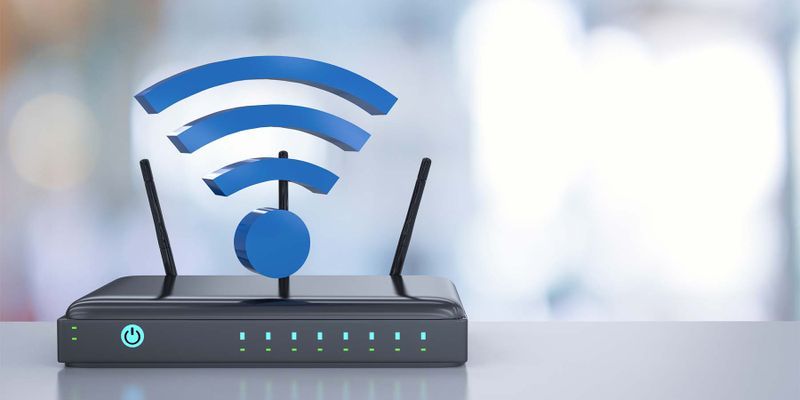 Your office wall could play a role in the next generation of wireless communications.

Professor George Eleftheriades, an engineering researcher at the University of Toronto, and postdoctoral fellow Sajjad Taravati have show me how reflectors made of metamaterials can channel light to allow the transmission of more data wirelessly on a single frequency.

â€œIt’s happening,â€ says Eleftheriades. â€œIn the next three to five years, this technology will be adopted. “

Metamaterials are man-made structures made up of building blocks that are smaller than the wavelengths of light they are designed to manipulate.

The material used by the team consists of repeating unit cells of approximately 20 millimeters. This means that for wavelengths of light greater than that, such as microwaves – the type of light used to carry signals from cell phones and with wavelengths on the order of several centimeters – they seem to form a homogeneous object, a metasurface.

Microwaves do reflect off the metasurface, but they do so in an unusual way, exhibiting a property known as non-reciprocity.

â€œWhat is unusual about non-reciprocity is that the incident angle and the reflected angle are not equal. To be precise, the return path of the wave is different. Basically you can see someone, but you can’t be seen.

In addition to this functionality, these metamaterials allow you to direct and amplify incoming beams, which is useful in many applications, from medical imaging and solar panels to satellite communications and even nascent camouflage technology. . With additional ability to direct the reflective beam, new smart metasurfaces could significantly mark wireless communication.

â€œIn everyday experience,â€ explains Eleftheriades, â€œa microwave emitted by a tower reaches its intended end point, like a modem, and then returns to the telecommunication station. This is why when you have a conversation on your cell phone, you are not talking and listening on the same channel. If you did, the signals would interfere and you wouldn’t be able to separate your own voice from that of your partner.

The full-duplex architecture developed by Eleftheriades and Taravati allows speaking and listening on the same channel at the same time. Unlike other metamaterial technologies, it spatially separates the forward and backward paths within the same frequency, thus doubling the capacity of the system. Their research is presented in an article by Nature Communication.

Although full duplex functionality exists in limited capacity in military grade radars, as it is currently designed, it is not suitable for consumer applications, such as mobile devices. Indeed, current full-duplex transceivers consist of bulky and expensive structures comprising ferrite materials and polarization magnets to manipulate the beam.

â€œWe are proposing a completely different mechanism. No magnets or ferrites. Everything is done using printed circuits and silicon electronic components such as transistors, â€explains Elefthreriades.

The wide applicability of these smart metasurfaces is what excited the LATYS development team.

â€œThe adjustable asymmetric radiation beams in both receive and transmit states have incredible potential to address some of the most pressing and significant challenges in the wireless communications industry,â€ said Sethi. â€œBy spatially decoupling the receive and transmit paths, we can create ‘true full-duplex systems’ that can support two-way communication at the same time and at the same frequency. This will allow LATYS products and prototypes to have a competitive edge and great traction, especially in radio hostile environments such as industrial automation, IIOT and 5G applications.

â€œJust imagine,â€ says Eleftheriades, â€œas we integrate some of these surfaces into the walls of buildings, researchers are working hard on the next iteration of theâ€œ better â€. “

Decision of the European Commission on the data processing agreement