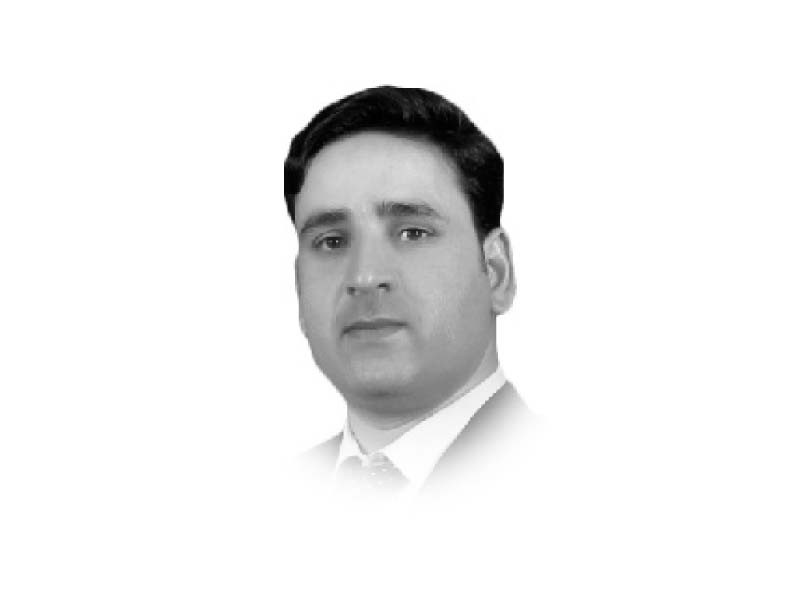 No, the established world order is not collapsing. Nor does it need to be in contemporary circumstances. What changes is its functionality and its dynamic posture under the galloping speed of technical innovation and technological advances. For about 400 years, nation states were the main players in world affairs. This is not the case today, as a handful of global tech giants challenge them on the world stage for significant geopolitical influence. Regional politics and territorial sovereignty are replaced by chip geopolitics and semiconductor sovereignty. The geopolitical hubs of the post-war world have been largely eclipsed by the virtual hubs created by Big Tech.

Long branded as tech companies, Apple, Microsoft, Amazon, Google, Facebook and Twitter, along with Chinese tech syndicates such as Alibaba, Tencent, ByteDance and Huawei, have now taken control of nearly every aspect of social security. , economic and national which were long considered the exclusive domain of the state. Due to a significant influence on the technologies and services they provide, these companies, and like them around the world, are leading the contemporary global digital revolution and, in the future, will conclude how states offer their economic prowess and military and reshape the social contract. For this reason, now is the time to consider the innovative idea of ​​affirming non-state digital actors – big tech companies – as parallels to states; in an evolving digital world order, they are not simply devices under the exclusive control of governments.

Beyond the reach of government regulators, tech conglomerates govern the virtually created digital space with a sense of sovereignty. Although facing multiple obstacles to their ability to perform, tech giants have become important players in geopolitical competition. In addition to catering to their domestic quarters, they have significantly developed external relationships independently. Based on the emerging competition, it appears that the forces of nationalism, globalism, and idealism are shaping the international postures of tech companies as globalist, nationalist, and techno-utopian corporations. Thus, correlatively, three scenarios for the future are taking shape: technological companies at the service of their States; or Big Tech governing the digital space to the exclusivity of national governments, freely crossing national borders and deploying as a true global power; or the supremacy of the state architecture of governance is coming to an end, with the utopian technological elite dispensing with the responsibility of providing goods and services once only provided by the former. Political decision-makers in the corridors of power of famous capitals are carefully observing the emergence of a global digital arrangement where the interaction between these ultra-modern geopolitical actors will finally build the socio-economic dynamics of the 21st century.

Historically, East India Company and Big Oil were private organizations that played an important role in geopolitics. But, their reach and influence, compared to that of modern tech companies, was very limited to specific territories. Currently, the toolkit available to tech giants is unique and comprehensive. This is why states find it very difficult to keep them. Mastering the thought patterns of billions of people and affecting their livelihoods, relationships and security are very different skills from simply wielding political power in capitals. The digital space, where people live their lives fast and state leaders cannot fully manage, has given tech companies an edge over those who rule the physical space. By suspending social media accounts and halting financial transactions, tech companies, in their rapid response, stand in stark contrast to the muted, tone-deaf reaction of government institutions.

Moreover, beyond government institutions, human relationships are being shaped and transformed by this evolving world of digital engineering. Algorithms have, to a large extent, contributed to the development of various communication channels that are universally available to one and all. By shaping people’s behaviors and mutual interactions by influencing their thought patterns, tech companies now maintain a form of full sovereignty over the human mind. Facebook’s red notifications directly guide neurotransmitters in the human mind. Microsoft’s artificial intelligence (AI) code easily completes the sentences you have in mind, and your shopping choice has multiplied or diverged at once when, sensing your line of thinking, Amazon offers new products in front of you. Amazon’s marketplace and web hosting services, Apple’s app store and Google’s search engine have revolutionized business ventures. So on and on, these global players educate people on how they use their time, what socio-economic activities they opt for, and ultimately what to pay attention to. Their sovereignty in the digital world will continue to grow as social, political and economic institutions continue to migrate from physical to digital space.

Moreover, unlike the private actors that preceded them, these digital companies provide products from the physical and virtual world that are nothing less than oxygen for today’s modern societies. Providing basic goods and services by a government is one thing, providing cloud services and IT infrastructure by the herculean tech establishment is another. Thus, in the emerging digital world, it is primarily the digital space created by AI, 5G communication networks and the Internet of Things (IoT) that would largely determine the economic future of nation states. So far, telecommunications companies and financial institutions have, in large numbers, migrated to the digital space created by global cloud leaders; the time is not far off when the number of automobiles, production lines, and even county capitals to metropolises multiply. That’s why Alphabet Inc, in addition to operating the world’s leading search engine – Google – and mobile phone operating system – Android – is now venturing into telemedicine, robotics, self-driving cars, biotechnology and fiber optics, to name a few. In China, the same areas, along with social platforms, video streaming networks and financial transaction systems, have been dominated by Alibaba and Tencent. By strengthening their partnership with the government’s Digital Silk Road project, the said companies are addressing emerging markets by maintaining undersea cables, projecting their applications, establishing telecommunications networks and launching sustainable cloud installations.

Along the same lines, digital pathways have also transformed the realm of national security, which was once the sole domain of governments and, to some extent, their arms and ammunition suppliers. The historical role of arms suppliers has been to supply fighter jets and missiles to armies, but in the contemporary scenario, tech giants have taken on the responsibility of patrolling and monitoring the skies of nation states in digital space.

Digitally driven change is expeditious and inevitable. In Asia, digital technology has been the main factor in revolutionizing communities and driving economic growth. Even so, accelerating the speed of appropriation of digital technology in Pakistan has never been timely. Either way, with green light strategies, our ambition of an advanced digital ecosystem is not out of reach.

Published in The Express Tribune, March 5and2022.

As Reviews & editorial on Facebookto follow @ETOpEd on Twitter to receive all updates on all our daily pieces.

4 online loans that can help cover