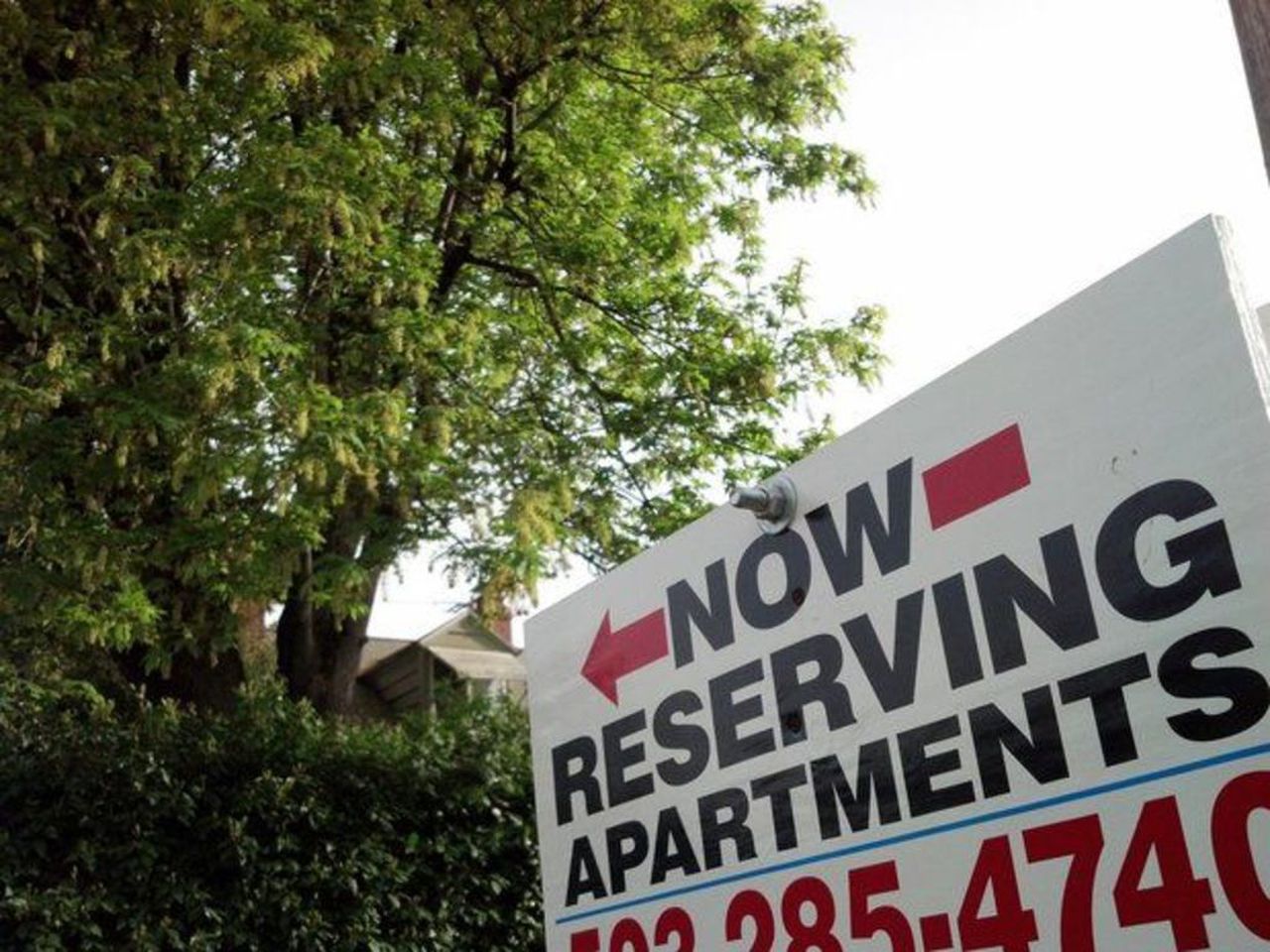 More than 9,000 Oregon tenants who applied for rent assistance two months ago are still waiting for help

An unprecedented need coupled with a flawed state software system and staff shortages at some local agencies has resulted in a massive backlog of rental assistance applications for the Emergency Rental Assistance program. Oregon.

Now, this backlog could cause hundreds of tenants to lose eviction protection.

More than 9,000 tenants who applied for assistance two months ago are still waiting for their cases to be approved.

While state lawmakers have approved an interim measure to protect tenants who have applied for rental assistance, the extension for many Oregonians only lasts 60 days after they apply and notify their landlords. A local ordinance extended these protections to 90 days in Multnomah County.

The statewide moratorium on evictions expired in late June after lawmakers refused to extend it.

“We are very concerned about the people who did the right thing, applied for rental assistance as soon as it was available, submitted the documents to their landlord and will now bear the burden of these processing delays,” said Alison McIntosh, policy director for the Oregon Housing Alliance, which advocates for tenants. â€œIt will be the people who will suffer the deportation and the negative consequences for themselves and their families, and it is completely preventable.

Nearly 34,000 Oregon households have applied for more than $ 202 million in rent and utility assistance through the state’s rental assistance program since applications opened in May, according to the ‘State. So far, only about 20% of applications have been funded or approved for funding, with about $ 43 million going to 6,844 households.

Of the applications that have not yet been approved for funding, 9,309 have been in the system for two months or more, according to data provided by Oregon Housing and Community Services, the state agency overseeing the program.

It is not known what percentage of these tenants could be in danger of immediate eviction.

“It would not be accurate to say that those who have a pending application for more than 60 days are at imminent risk of eviction given eviction diversion programs, other supports tenants may receive and the willingness of owners to evict. tenants, â€Oregon Housing and Community Services spokesperson Connor McDonnell wrote in an email.

Multnomah County, where tenants are protected from eviction for 90 days after notifying their landlords that they have requested assistance, has the highest number of unresolved claims that have been in the system for at least 60 days with 4,033.

Oregon tenants also have until the end of February 2022 to repay unpaid rents accrued between April 2020 and June 2021, meaning those who applied for assistance with the rent arrears but were able to pay their bills at from July 1 will not be in danger of deportation. now. Some unfulfilled claims could also be close to being fully processed, and some landlords may delay issuing eviction notices because they know their tenants have asked for help.

But McIntosh said she has heard from panicked service providers about tenants who have struggled to pay their rent since July and are losing, or are on the verge of losing, eviction protections because their demands fail. have not been processed. The increase in COVID-19 cases and hospitalizations caused by the highly contagious delta variant has created additional uncertainty for many tenants trying to recover from the pandemic.

A total of 1,864 tenants in Washington County, 929 tenants in Marion County and 736 tenants in Clackamas County who applied for help 60 days or more ago are still awaiting approval of their funding application, according to the state.

Kemp Shuey, executive director of the Community Action Organization, which is the agency handling rental assistance applications in Washington County, said those unfulfilled applications include incomplete, withdrawn or ineligible applications.

With those applications filtered out, Shuey said the number of Washington County applications that went more than 60 days without being approved for funding fell by about half – and her agency is focused on prioritizing those applicants.

â€œThis is really a triage approach as we are focusing our energies on those households most at risk of receiving an eviction notice and working from there,â€ Shuey wrote in an email.

Becky Straus, staff attorney at the Oregon Law Center, said the first day landlords would have been legally allowed to file eviction notices for non-payment of rent by tenants whose 60-day protections had expired would have been Monday because landlords must give these tenants 10 days notice prior to deposit.

This means that it could be several weeks before an increase in deportation requests caused by processing delays becomes measurable.

“The state has a responsibility to ensure the efficient administration of these potentially life-saving benefits which were designed to prevent deportation,” Straus wrote in an email.

Attempts to speed up treatment

Last month, the state hired an external provider to process up to 8,500 claims in the tri-county area, where the majority of claims were filed. Many local agencies responsible for handling rental assistance applications have also developed workarounds over the past month to avoid fully processing applications through a state application system developed by provider Allita 360, which, according to them, was riddled with problems.

Brian Greenwood, owner of Allita 360, did not respond to a request for comment from The Oregonian / OregonLive on Thursday.

And in its latest attempt to speed up treatment and target tenants most in need, Oregon Housing and Community Services announced on September 7 that it would recover nearly $ 87 million from communities that had been slow to provide assistance to the population. rent through Oregon’s Emergency Rent Assistance Program, moving that money to a central reserve that the state will reallocate to local agencies once they distribute the money they have.

The state believes the move will allow it to direct funds to counties with the most applicants when those counties are ready to use that money to immediately process those requests.

Denis ThÃ©riault, a county spokesperson, said the county has already made progress in speeding up processing and plans to hire more staff. He said he expects Multnomah County to eventually recover the $ 19 million in funding the state has clawed back, if not more, due to the county’s dire need for help.

Jimmy Jones is the executive director of the Mid-Willamette Valley Community Action Agency, which distributes rent assistance to tenants in Marion and Polk counties. He is also the legislative chairman of the Community Action Partnership of Oregon, which represents community agencies across the state.

Although the state has not withdrawn any money from his agency, Jones said many communities across the state that have had money taken are concerned that funds will not be fairly redistributed and tenants in their communities are losing aid.

Oregon could also be in danger of losing some of that funding entirely.

The federal government has allocated $ 204 million to the state for Oregon’s emergency rental assistance program. But as of September 30, he has the right to recover funds from states he deems “unable or unwilling” to spend the money and to reallocate that funding to states that have allocated at least 65% of their money.

Only about 20% of Oregon residents who applied for help under the program received or were approved for funding, with Oregon committing about 21% of the $ 204 million it has received from the federal government so far.

McDonnell said Oregon will need the full $ 204 million to pay aid to all tenants who have applied for help under the program, and the state is confident the federal government will not recover. not his money because Oregon showed the need for financing.

Other states have also struggled to pay federal rent assistance. The National Low Income Housing Coalition estimates that 24 states allocated a lower percentage of their federal allowance than Oregon.

While the US Department of the Treasury has said that high performing states that have allocated more than 65% of their funds could receive additional funds, they have not determined what percentage of funds states must allocate by September 30. to avoid having funds withdrawn, said Liz Bourgeois, spokesperson for the US Treasury.

In an email, Bourgeois wrote that the agency’s “strong preference” is to allow states to use all of their funding. But she also issued a warning:

“The Treasury is ready to reallocate funds according to the law,” she wrote, “from beneficiaries who have not provided these resources to tenants in need and their owners.”