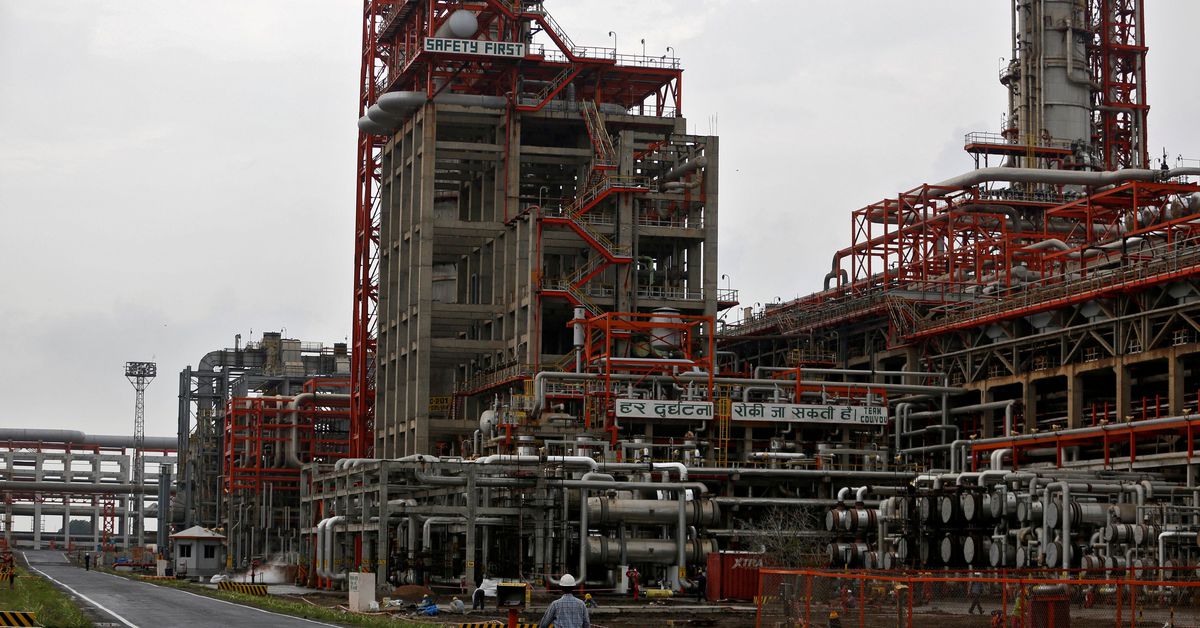 An employee walks into the premises of an Essar Oil refinery in Vadinar in the western state of Gujarat, India on October 4, 2016. REUTERS / Amit Dave / File Photo

Refiners processed 4.45 million barrels per day (bpd) (18.21 million tonnes) of crude oil last month, down from 4.36 million bpd in August, which was the lowest in 10 months.

â€œRefiners have increased throughput to meet demand during the holiday season. Demand is expected to increase from previous months as people travel more during the festivities,â€ Refinitiv analyst Ehsan Ul Haq said.

On an annual basis, crude oil throughput from refiners in September increased by about 2.9%, while crude oil production fell about 1.7% to about 600,000 b / d (2, 44 million tonnes), according to data.

Indian refiners operated at an average rate of 88.69% of capacity in September, up from 86.89% in August, according to government data.

“Coal shortages are also causing the switch from some fuels to petroleum-related products, which encourages refiners to increase their production. However, the persistence of high petroleum prices can potentially lead to a destruction of demand,” said Ul Haq.

Last month, India signaled that a surge in oil prices could accelerate the transition to alternative energy sources. Read more