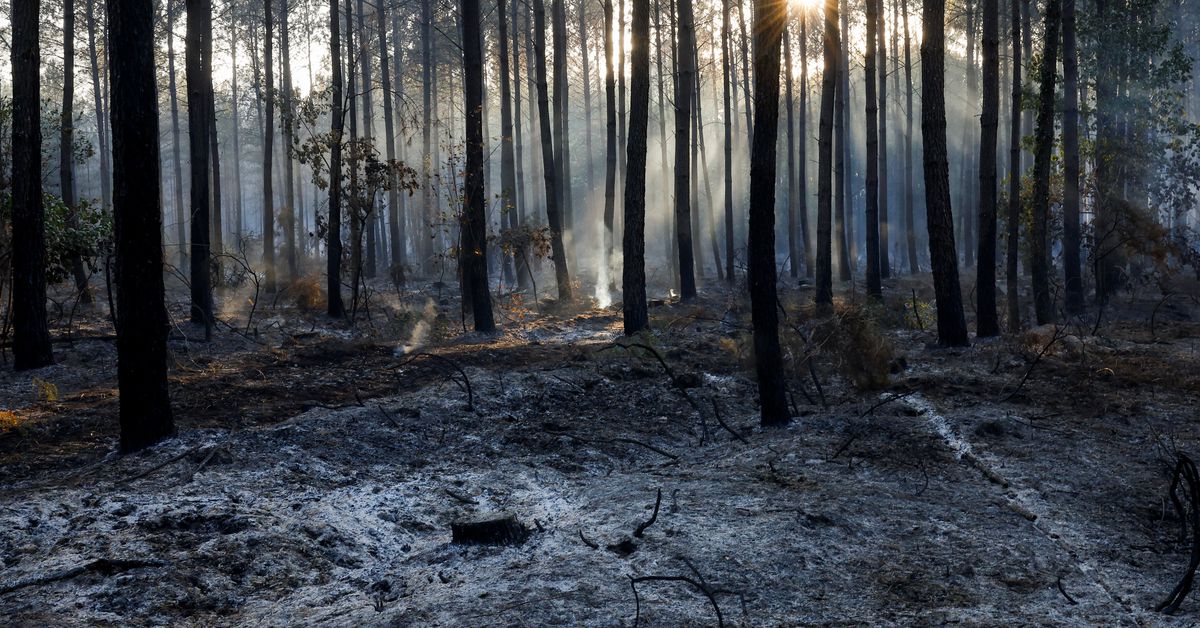 A view shows trees and vegetation scorched by a major fire in Hostens, as wildfires continue to spread in the Gironde region of southwestern France August 12, 2022. REUTERS/ Stephane Mahe

PARIS, Aug 13 (Reuters) – Firefighters have successfully halted the spread of a “monstrous” blaze in southwestern France, allowing authorities to reopen a stretch of motorway to traffic ahead of a weekend charged.

“The fire did not advance overnight thanks to the significant resources implemented,” the local prefect said in a tweet on Saturday.

Reinforcements from across Europe have helped local firefighters tackle the blaze that has ravaged forests in France’s Gironde region since Tuesday and forced 10,000 people to evacuate their homes. The fire has been fanned by wind and scorching temperatures of up to 40 degrees Celsius (104 degrees Fahrenheit) in recent days. Read more

Southwestern France had already been hit by fires in July that destroyed more than 20,000 hectares of forest and temporarily forced nearly 40,000 people from their homes.

Successive heat waves have sparked wildfires across Europe this summer, highlighting the risks of climate change to industry and livelihoods. Read more

Storms are expected to sweep across France on Saturday evening, bringing temperatures down and prompting severe weather warnings.

More than a thousand French firefighters were supported by hundreds of firefighters from across Europe, as well as water bomber trucks and planes, which continued to arrive on Saturday.

Hundreds of firefighters are also battling fires further north in Brittany, where an inferno has burned 400 hectares, as well as in the Jura to the east, where more than 500 hectares have burned.

More than 60,000 hectares (230 square miles) have burned so far in France this year, six times the annual average for 2006-2021, according to data from the European Forest Fire Information System.