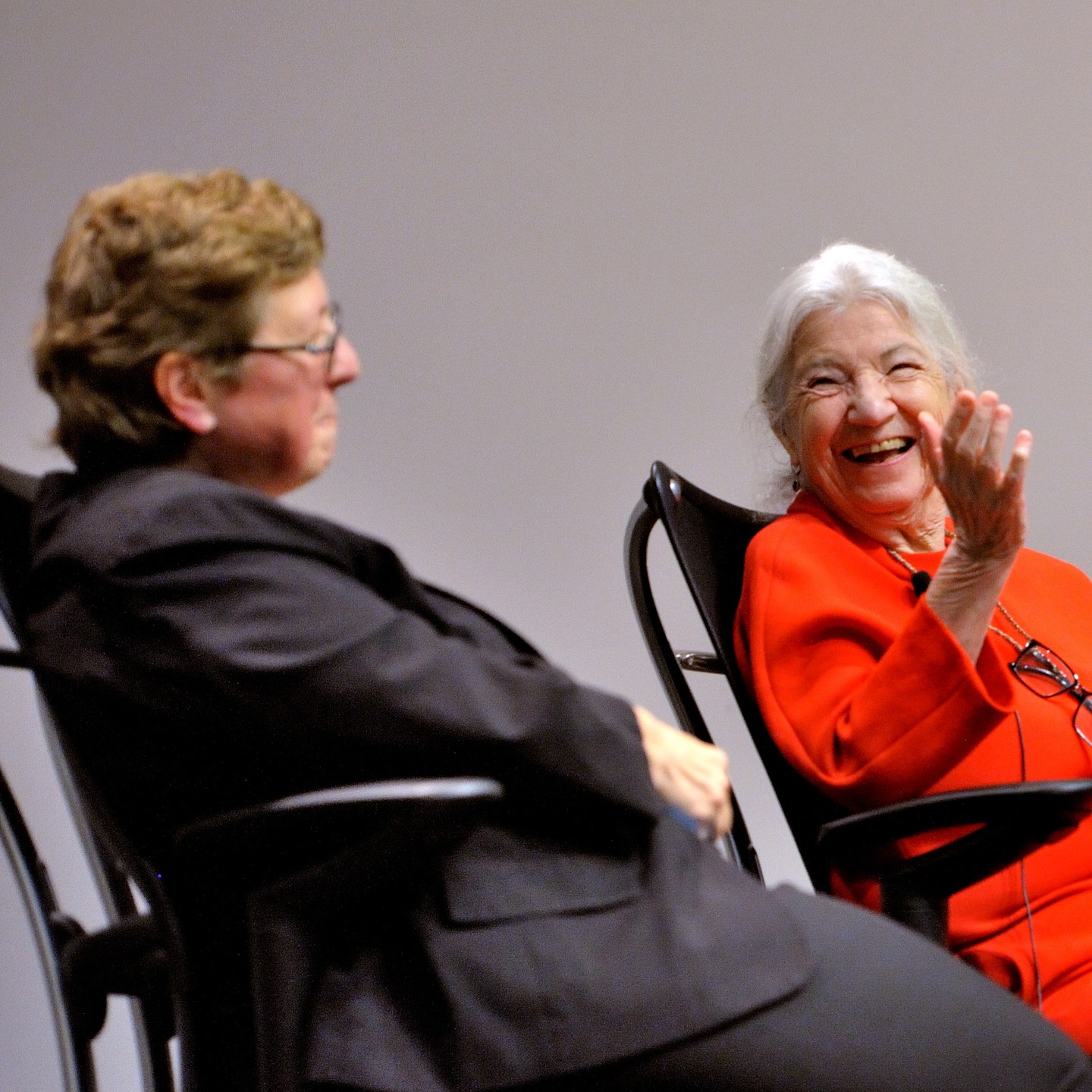 Family history: Nahrstedt and Bajcsy share the stage as the first mother-daughter couple elected to the National Academy of Engineering | Computing

Last Wednesday, for about an hour, Klara Nahrstedt – Grainger Distinguished Chair in Engineering and professor of computer science from Illinois – took to an auditorium stage at the National Center for Supercomputing Applications right next to her mother, Ruzena Bajcsy, for a fireside chat as part of the Illinois CS Speaker Series.

Nahrstedt and Bajcsy — now retired from her most recent position as NEC Emeritus Professor of Electrical Engineering and Computer Science at the University of California, Berkeley — discussed their backgrounds in engineering academia, particularly in computer science. They also detailed the challenges they faced as women in engineering, how their inspiration for what science can accomplish carried them through, and even the time they collaborated on a 10-year research project. .

But the main reason they were on stage together was for something very unique in the scientific community.

Nahrstedt’s election to the National Academy of Engineering earlier this year meant she and Bajcsy became the first mother-daughter couple to be elected to the prestigious entity.

So when discussion moderator Nancy M. Amato — Professor Abel Bliss and head of the Illinois CS Department — asked if they wanted to leave those present with a parting thought, Nahrstedt began.

“For me, it was actually a big surprise to find out that my mom and I were the first mother-daughter couple in the NAE,” she said. “In a way, it was really amazing for me. The paths that we had, different paths, impacted each other. I feel like I’m where I am right now thanks to a tremendous support network that includes not only the actions of others, but also my genes.

Then it was Bajcsy’s turn. A broad smile suddenly lit up her face and, arms outstretched, she exclaimed simply but forcefully: “I am a proud mother.

“And I’m thrilled to have pursued this profession that we both shared,” she said. “A message, however, in appreciation of academia, is that I believe we have a certain luxury to look ahead. So I would try to encourage those of you who are participating in academia to think about which could be in 10 years or 15 years.

Few people could offer these words with more authority than Bajcsy, who participated in the development of computer science through academia at a time of tremendous development.

She came to the United States to earn her second and final doctorate in 1972 from Stanford University. Bajcsy later became a professor in the computer and information science department at the University of Pennsylvania. There she established the General Robotics, Automation, Sensing and Perception (GRASP) Laboratory in 1978.

Bajcsy spent 28 years at UPenn, including two as head of the Computing and Information Science and Engineering Branch at the National Science Foundation, and 20 years at the University of California at Berkeley. In her final stage, she was the founding director of the Center for Information Technology Research in the Interests of Society (CITRIS) in 2001 – a multi-campus organization comprising four campuses. As part of her activities at CITRIS, and in collaboration with the Center for Human Sciences at the University of California, she also played a founding role in setting up a program in Digital Humanities.

Bajcsy’s journey through academia began when she was just a child, growing up in the socialist country of Czechoslovakia. His father was a civil engineer and his mother a doctor. Both, she said, instilled in her the spirit that women can achieve anything they want.

She turned to science.

“I’ve been good at math since I was five,” Bajcsy said. “I remember a teacher explaining to me what a square number was when I was seven, and I drew a picture explaining how to simplify what it means.”

Nahrstedt, part of the next generation of his family, remembers growing up around several electrical engineers.

“My mom, my dad, my uncle, my aunt – everyone was an electrical engineer,” she said.

All these people encouraged her to explore her abilities in the field.

During his childhood, one moment more than most still stands out from an early inspiration in computing. Having also grown up in Czechoslovakia, Nahrstedt recalls that the first computers to arrive in the country came from Russia in the 1960s.

His father, an electrical engineering teacher, used computers for his work. Nahrstedt not only used these computers, but she can recall that the algorithms used were mainly concerned with geography – asking about the capitals of a number of European countries.

She then entered the correct answers and the computer communicated a little about the capital.

“It was a very good start for me, because it sparked my interest in computers, when my training was still based on physics and mathematics,” Nahrstedt said.

Yet, they had to overcome many challenges to become the academicians they are now.

Bajcsy said there were severe limitations imposed on women in the family’s home country which was under socialist rule. Although the government has not taken away the opportunity for women to get an education, it has imposed restrictions on the number of women who can access education.

It took him five years to graduate from high school when it should have taken him four years. And of the roughly 300 female students she started college with, only four finished.

There was also a stigma behind being a woman studying engineering.

“We were ridiculed and doubted. But you have to be strong,” Bajcsy said. “In many ways, the responsibility lies with the parents. There are many programs that do great things to engage kids in math and science, but there should be programs for moms as well. They can influence their daughters that math is fun.

“Young girls need to know that coding is fun and creative, and they shouldn’t be afraid of a screwdriver.”

Nahrstedt agreed that the challenges each faced were daunting but overcome through confidence in one’s own abilities.

This mindset has paid off in many ways.

She is not only a professor, but also the director of the Coordinated Science Laboratory within the Grainger College of Engineering.

His research covers topics ranging from communication networks to mobile computing and communication; from tele-immersive systems to video systems; and more in between. She has co-authored two textbooks and is writing an online book.

“It’s difficult for female researchers for many reasons — the expectations and pressures placed on us by those around us,” Nahrstedt said. “But knowing that you have a support network, there to encourage and support you, can help a young woman develop so much confidence. For me, I would just suggest to anyone who can – be encouraging.

“I learned that from my mother, and thanks to that, I quickly believed that I could do whatever I wanted.”