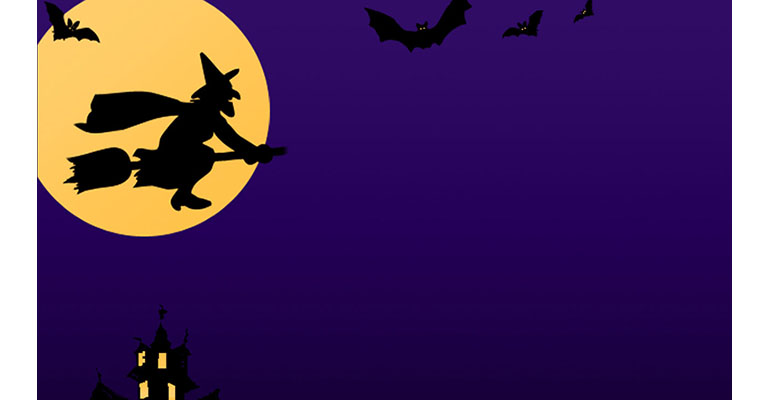 Halloween is still two weeks away, but stores are full of pumpkins, real and plastic, and other oranges and blacks (Princeton colors). Here is our chance to face death while having fun. Or so it seems. I spent a Halloween night in a graveyard with dozens of serious mind seekers who weren’t around for fun, and I’ll never forget it.

Connection to extrusion? In the illustration, plastic bristles on the broom and plastic tube for the broom handle. Plus, lots of orange-colored concentrate for plastic pumpkins, which won’t spoil or attract critters, and can be extruded blown. And if you turn on anything, there is plastic insulation on the wires.

Deeper Connection: People believe what they want to be true, and while this may help us cope with death, it also supports the common but mistaken belief in the toxicity of plastics.

Just as the real world has to follow the imperfect but undeniable natural laws of chemistry and biology, extrusion has its own laws. Here are my â€œrules,â€ the â€œ10 (11) Key Principles,â€ adapted from my Extrusion User Manual, and presented during Informa Markets Virtual Engineering Days last July.

Comments and questions, please write [emailÂ protected]. For Halloween, if you are an opera fan, listen to / see the end of Mozart Don Giovanni, who has a ghost singing in a cemetery. And for All Saints’ Day, November 1st, see my column on the “Patron saint of extrusion. “

Allan Griff is a seasoned extrusion engineer, who started out in the technical department of a large resin supplier and has worked alone for many years as a consultant, expert witness in legal matters, and most importantly as a educator through webinars and seminars, both public and in-house, and now in its new audiovisual version. He wrote Plastic extrusion technology, the first practical extrusion book in the United States, as well as the Plastic Extrusion User Manual, updated almost every year, and available in Spanish and French as well as English. Find out more on its website, www.griffex.com, or send him an e-mail at [emailÂ protected].

No live seminars are planned for the near future, or maybe never, because his virtual audiovisual seminar is even better than live, Griff says. No travel, no waiting for live dates, the same PowerPoint slides but with audio explanations and a written guide. Watch at your own pace; participation in groups is offered for one price, including the right to ask questions and get detailed answers by e-mail. Call 301 / 758-7788 or email [emailÂ protected] for more information.