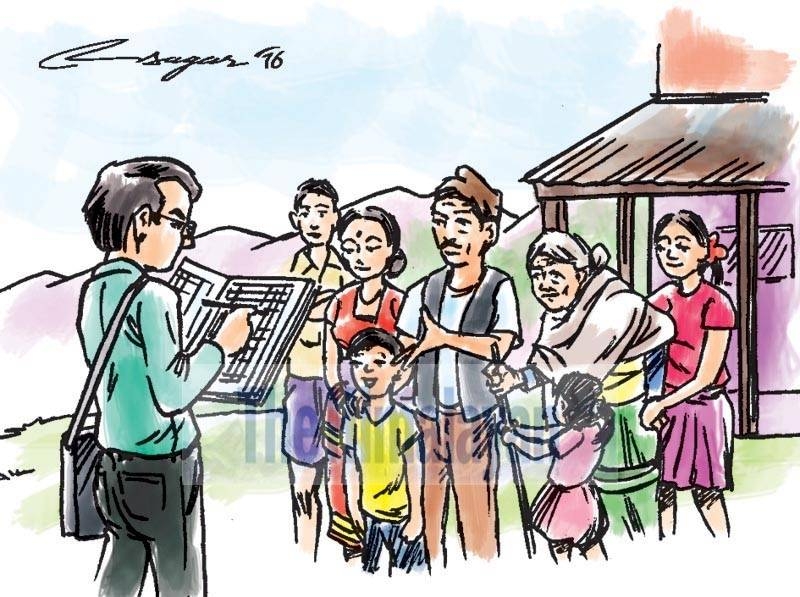 The major work of the 2021 National Census – data collection – ended yesterday. Fieldwork for the national census that began on Nov. 11 has been completed, according to the Central Bureau of Statistics.

With that, the next step in the census – data processing – would begin, CBS chief executive Nebin Lal Shrestha said, adding that the country’s population would likely reach 30 million. The preliminary census result would be announced after three months. However, the end result will be made public after a year, he added.

Shrestha thanked the enumerators, supervisors and respondents for making the mega enumeration campaign a success. The CBS also thanked all other contributors to the census.

The national census was carried out five months behind schedule due to the COVID-19 pandemic. In a press release distributed after today’s press conference, CBS said, â€œWe learned a lot from doing the census this time around. This will help us to enrich future censuses and surveys.

It was further informed that the use of digital technology, the mobilization of more qualified investigators, the involvement of local unemployed youth, the collection of basic data down to the neighborhood level from the community questionnaire were some -one of the characteristics.

The census was carried out in all the places of mountain, hills and plains of the south. However, the census would take place in the disputed area via a diplomatic initiative, CBS said.

The investigators also shared the experience of the difficulties in collecting the data.

The census was affected for some time as some ethnic groups such as the â€œkayatsâ€ of Dhorpatan-9 municipality in Baglung denied sharing information. After discussion, the community resolved the issue and resumed the census.

Likewise, the lack of road on the Nepalese side to reach Chhanru and Tinkar from the rural municipality of Byas-1 in Darchula district forced investigators to opt for the Indian road to get there. But, permission to access it via the Indian side was denied by the Indian government, which affected data collection.

The census takes place every 10 years in Nepal. The first census took place 109 years ago during the tenure of Prime Minister Chandra Shumsher Rana. The last census taken 10 years ago estimated the Nepalese population at 26.5 million.

There were 80 questions in the census this time. Up to 40,000 interviewers and 8,500 supervisors were mobilized for the census.

A version of this article appears in the November 27, 2021 print of The Himalayan Times.