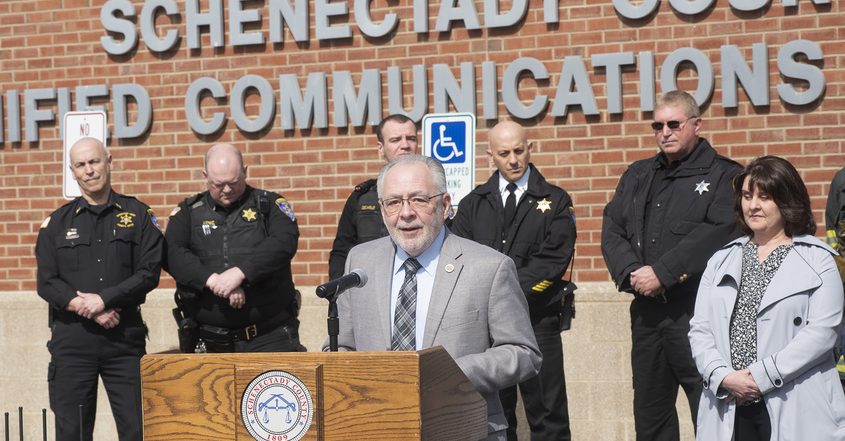 ALBANY — Counties across the region will receive millions of dollars to upgrade their emergency radio systems through state grants funded by cell phone surcharges.

The state on Wednesday announced the 2022 distribution of annual funding, which is designed to improve public safety communications networks within and between agencies and jurisdictions.

Locally, the 2022 prices break down as follows:

“This funding is critical to bolstering New York’s emergency response capabilities, in situations where every second counts,” Governor Kathy Hochul said in a press release.

Steven J. Santa Maria, director of emergency management for Fulton County, said the IGCS grant will help pay for several infrastructure projects, including hardware and software upgrades to six radio towers; installation of generators at the towers; coordination and authorization of a new frequency of emergency medical service repeated and transmitted simultaneously; remote monitoring of equipment; and the continuous upgrading of base, mobile and portable radios.

Santa Maria said the money will also contribute to a long-term effort to improve radio communications in northeast Fulton County.

“There’s one area where we’re really struggling with communications between agencies and our dispatch center, mostly because of terrain issues,” he said.

“The potential site for the tower we are considering is in the northeast corner of the county and we believe this would significantly improve our problem.”

Still to be done: a coverage study and a microwave path study to see if they are correct, and improvement will result. If all goes well, the tower and an enclosure for the equipment will be designed and designed. And before anything is actually built, the plan must be approved by the Adirondack Park Agency.

“So it will most likely be a multi-year process with a number of steps to go through,” Santa Maria said.

With the SICG grant, the county plans to reinforce two of its microwave towers and possibly build a new shelter building in one of the other towers, depending on the cost of it all.

“This money is very valuable to us,” he said. “The dispatch centre, the radio system and our microwave system support all of our first responders. Without this money, these projects would be very difficult to budget and/or carry out.

It’s part of the communications network that allows emergency personnel to respond uniformly in a crisis, Smith said, and the essential non-emergency agencies that are part of the solution — school districts and public works departments — have been incorporated over the years.

“The ability of firefighters, EMS and law enforcement to communicate directly allows us to be better prepared and provide a less chaotic and more organized response,” he added.

Schenectady County will use the PSAP grant to pay salaries for the county’s unified communications center and the ICMS grant to help offset the annual maintenance cost of the new countywide radio system, with the remaining funds earmarked for the establishment of additional redundancy in the system.

State records show Schenectady County has received $10.4 million through the two grant programs since 2013, most of it in IGCS funds. That helped defray the cost of the radio system, which replaced an assortment of outdated and unreliable systems, Schenectady County spokeswoman Erin Roberts said.

“The County Legislature has pledged to fund the entire $19 million cost of the project, which included upgrading and replacing several radio towers, replacing obsolete mobiles and handhelds at street level for all emergency responders and updating the equipment used at the CCU. There was no cost to local municipalities,” she said.

“Previously the county’s police, fire and EMS services operated on various frequency bands and there were areas of the county that had no radio coverage. Since the project’s completion earlier this year, all county first responder agencies now have a single, more powerful radio system that allows these agencies to more easily communicate with our UCC dispatchers and each other.

More from The Daily Gazette: