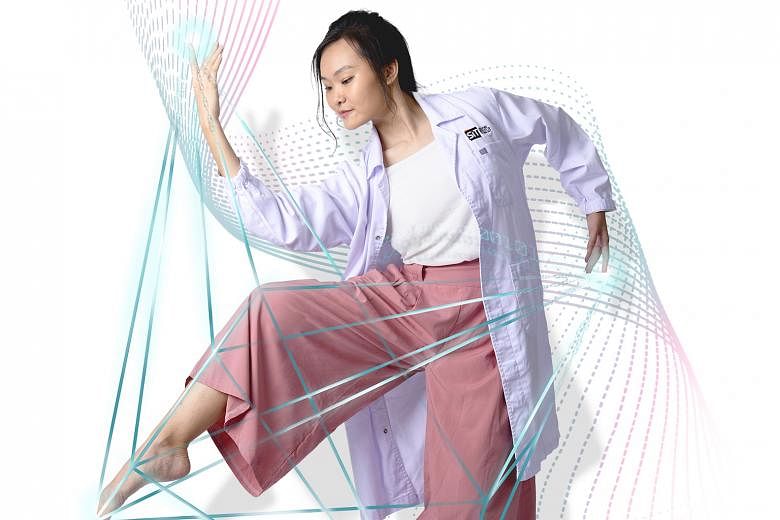 Be ready for the future: Why SIT-TUM’s new specialized joint degree program will keep it nimble in the chemical industry

A supportive community at SIT

Mrs. Chew had some initial concerns about being part of the pioneer cohort.

“There were a lot of unknowns,” she recalls. “It was a new environment for us, and I had no idea what was going to happen.”

Much of the difficulty of adjustment resulted from the different timetable systems implemented by the SIT and the TUM. While SIT uses a term system with several modules per term, the TUM program focuses intensively on one module at a time in two-week blocks.

Ms. Chew says it took her some time to get used to the different learning pace of the SIT and TUM programs.

Also, as someone familiar with applied chemistry and not engineering subjects, she found herself stuck with the more engineering-focused core modules.

“There was a lot of fundamental knowledge that I didn’t know,” she says. “At first I was very stressed – until the day before the final of the exam.”

But, fortunately, there was a strong sense of camaraderie among the pioneer cohort. Ms. Chew found herself energized by the help offered by classmates who had studied chemical engineering at the polytechnic.

“My friends really helped me a lot,” she says, recounting how they taught her concepts she was unfamiliar with.

It wasn’t just her peers who watched over Ms. Chew. The faculty also took additional steps to ensure that every student received the help they needed, such as holding regular online question-and-answer sessions.

“Even if I didn’t have any questions, I would still attend to see what other students were asking,” she says. “It helped me deepen my basic knowledge.”

It is this spirit of community and mutual aid that prompted her to run for the presidency of the Chemical Engineering Student Management Committee (SMC). When she succeeded in becoming president, Ms. Chew was put in charge of student life affairs.

“When I started this program, I didn’t know anyone,” she says. “Later, I realized that SMC could be a very good platform to get to know more like-minded people.”

Her work as committee chair included planning events such as an online game night for her cohort, preparing student welfare packages, and acting as a point of contact between the student body, the faculty and student life division of SIT.

“It was difficult to engage with classmates during the pandemic and SMC provided me with a good opportunity to do so.”

Having been a dancer all her life, from elementary school through polytechnic, Ms. Chew relished the opportunity to get into the groove with SIT’s contemporary dance club, ‘Poco A Poco’.

“The best part of being part of the club is being able to meet friends from different programs and different campuses,” she says.

As many of her dance teammates were teammates in her old polytechnic’s modern dance club, she enjoyed reconnecting with old friends even when she made new ones, grateful that her time at SIT afforded her a college experience. well balanced.

Helping the trapped: How two young Nigerians are helping others fleeing war in Ukraine