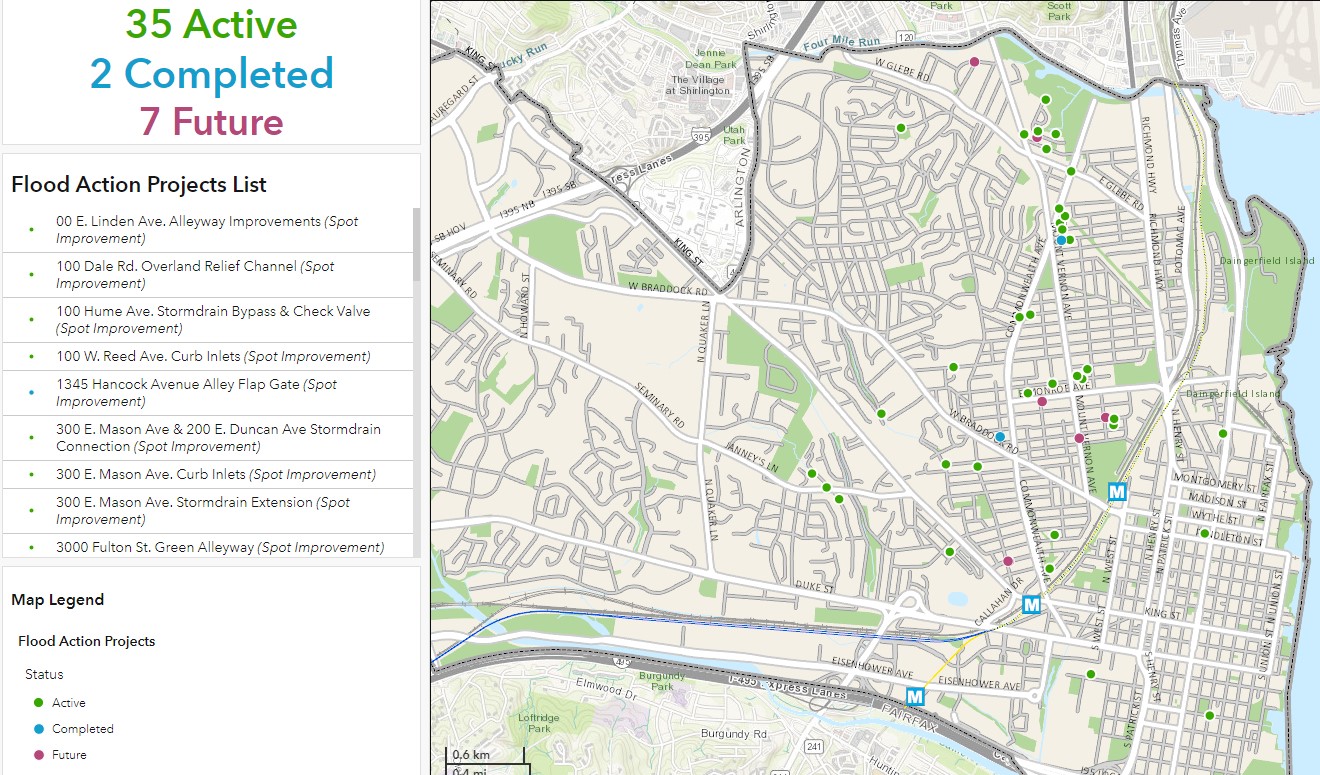 The city of Alexandria launched a new interactive map which allows residents to follow flood mitigation projects around the city.

The interactive map shows the 35 ongoing projects in the city, as well as two recently completed projects and seven future projects.

Clicking on each dot gives you a snapshot of the project with information such as cost, funding source, and a project timeline.

“This ‘Project Dashboard’ is a Geographic Information System (GIS) based digital tool that allows users to view over 40 currently identified flood mitigation projects from a list or on a map to view the proposed solution, cost and estimated implementation timelines, among other information,” the city said in a statement. “To explore project information, click on the dots on the map. window will appear with information including project type, status, cost, funding source and estimated construction start date.